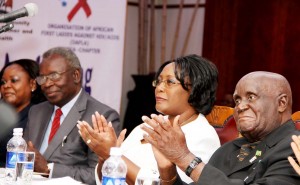 [The Illustrative and Repeating Case of His Vessels]
We come. And we go.
What really matters is what we do in between.
As Father Charles Chilinda of St Ignatius Catholic Church puts it, what matters is
whether we are goats or sheep.
That is what counts.
He was here.
And now he is gone.
He was born Joseph Mwenya, without a title, an unknown from a remote village
whose name only its inhabitants know in Mporokoso, the son of a teacher.
Like his father, he eventually became a teacher. Without one at birth, he died
with many titles.
It doesn’t really matter where or how we are born.
What matters is what we do.
You could be born in a manger, amidst cow shit and all;
But you could die a king.
Joseph Mwenya KASONDE lived a full life.

You see, God always sends examples of how we should live our lives our way. 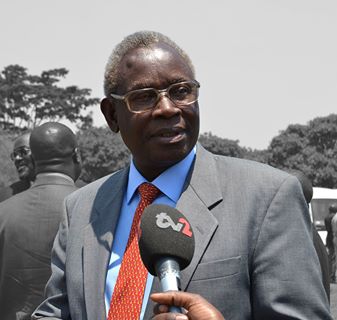 And Joseph Mwenya KASONDE was one of them.
‘Lelo twalufya cibusa wesu
Yangu wemfwa we, eeeh’, Chilenje Catholic Church Choir mourn with us in song.
‘Na shala neka ndecula.’
Buy you see, there is no need to grieve or suffer when someone dies.
We must thank God for him, and rejoice that we had the opportunity to witness the
fascinating phenomenon that was Joseph Mwenya KASONDE.
The poor boy from the backwater village eventually became a man.
In a segregated society, through determination, intelligence and sheer hard work,
he acquired the education he sought.
You too can.
Ask Mary, his widow, Joseph Mwenya KASONDE was a fruitful man.
He was a doting husband and father.
The boy eventually became a distinguished medical doctor;
a venerated fellow amongst his peers.
That Mporokoso lad finally became the leader that God wanted him to be;
both as a practitioner and as Minister of Health.
Joseph Mwenya KASONDE did all there is for a man to do.
He became the man he was destined to be, the revelation we all ought to become.
‘Yesu wandi, isa utalalike imitima ya aba abalelila;
Ubapele amaka yakwenda nobe, ubapele inkosho…’
You see, Pilgrim, for those who trust in God, everything that happens happens for their own good.
It follows then that we must give thanks in every circumstance.
I agree with a contemporary of his Dr Njelesani, that Dr Joseph Mwenya KASONDE was calm
and of a quiet disposition.
And Father Charles Chilinda, who thinks himself a goat, says Dr Joseph Mwenya KASONDE was a sheep.
I don’t know about that.
But what I know is that Dr Joseph Mwenya KASONDE was a very humble man.
His self-effacing behaviour I will remember till the end of my days.
I remember his coming to my office when I was Ministry of Health Spokesperson.
He sat there, and in an articulate soft voice, one devoid of pride, he asked me for help.
My seat towered above him.
I found that event disturbing.
Here was my own father, a man much older than me, an authority in his profession, my profession,
my own teacher, kneeling before me, a little pathetic creature.
What he will never know is that as he walked out of my office,
thoroughly touched by the man’s humility, I had tears in my eyes.
Years later, he became Minister of Health.
And I was without a job.
I met him at one of the Chakwela Makumbi ceremonies of the Soli people in Chongwe.
I think I was vice president then in some political party whose name I forget.
Time has fogged my memory, you see.
Upon tapping him on the shoulder, he turned, and beaming, he said: ‘Hello, Canisius!
I joked with him.
I said remember you used to come to my office for help?
But now I need to come to your office for help.
‘Anytime, Canisius, anytime’, was his caring response.
I felt his love.
Then I whispered to him what I knew about the true origins of the Ebola outbreak
which was ravaging West Africa at the time.
He assured me that he and other SADC health ministers also knew.
Such was the man, learned, aware, competent, alert and caring.
To secure us through the safety of vaccines, food and drugs,
kindly build a Public Health Laboratory,
I implored him. He said that he would.
I don’t know whether he has, but I guess that is why he has
now successfully passed on the baton.
Max SICHULA, a partner of his in crime, says that Joseph Mwenya KASONDE never hurt a fly.
I also think he didn’t. The man was more meek than sheep, his extreme humility bordering on
the embarrassing.
Father Charles Chilinda reminds us that, alive or dead, our lives influence others.
He says that through death we encounter things far greater and bigger than ourselves.
He says, illustrating, that the security detail of a king, charged with the task of keeping him alive,
often fails to keep death away from the king.
I hope you learn something from death, dear reader.
I have.
I know exactly what Joseph Mwenya KASONDE was.
He was a vessel of God.
He was tasked to deliver to us the magnificence of God.
And he did.
His purpose was served.
And like yours, his end was inevitable.
The world is better today because he came.
And the world is better today because he has gone.
I am told that Dr Joseph Mwenya KASONDE, in his last days,
repeatedly said that he wanted to go home.
I really don’t know where he has gone.
But wherever it is that he has gone, it is my hope and prayer that God
will look favourably upon this child of His.
We remain with his spirit, which will for ever inspire us.
Mortal is what we all are. It is all really only a matter of time.
But first, there is life, you see.
What you do now is all that matters, Pilgrim.
Soon, you too, your journey will end.
Dr Joseph Mwenya KASONDE, the father, left something with his children, a timeless legacy.
He taught them that ‘ubwikala apatalala, mwine apatalalika’.
What legacy will you leave, dear reader?
What stories are we going to tell about you when you are gone?
Go well, father!
Go well, teacher!
Go well, Pilgrim!
Go well, Dr Joseph Mwenya KASONDE!
Now empty, the vessel has been recalled by its Owner. We thank God for you! Farewell, sir.
Farewell! Kindly share. PILGRIM

KASAMA MP Kelvin Mutale Sampa equally eulogized Dr. Kasonde thus: “Dr Kasonde, it was February 25th Last year when you came to officially open the clinic in my constituency and you were guiding me about how to remain focused and how you sympathized with my long campaign. As an elder brother and father you took out money from your own serving and gave it to me in order to support my campaign, little did I know that you only wanted me to succeed and a year later, my father and elder brother you are no more. Am filled with tears knowing I will never see you again in this life and my heart is sore because I know I will never meet a genuine soul like yours that stood up for me in my worst moments of politics. I pray for God’s Blessings for his the only one who knows what I shared with you. My elder brother and my Father Go well till we meet again. 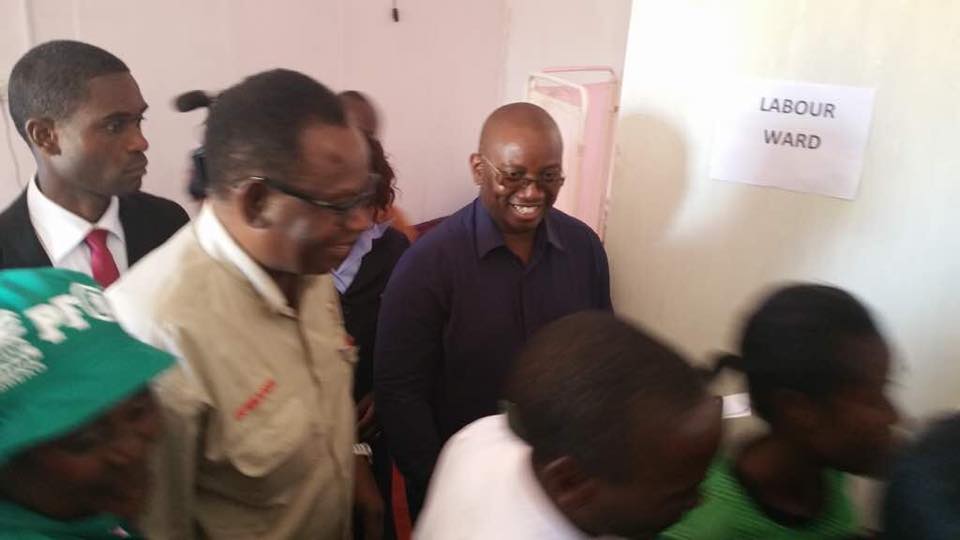