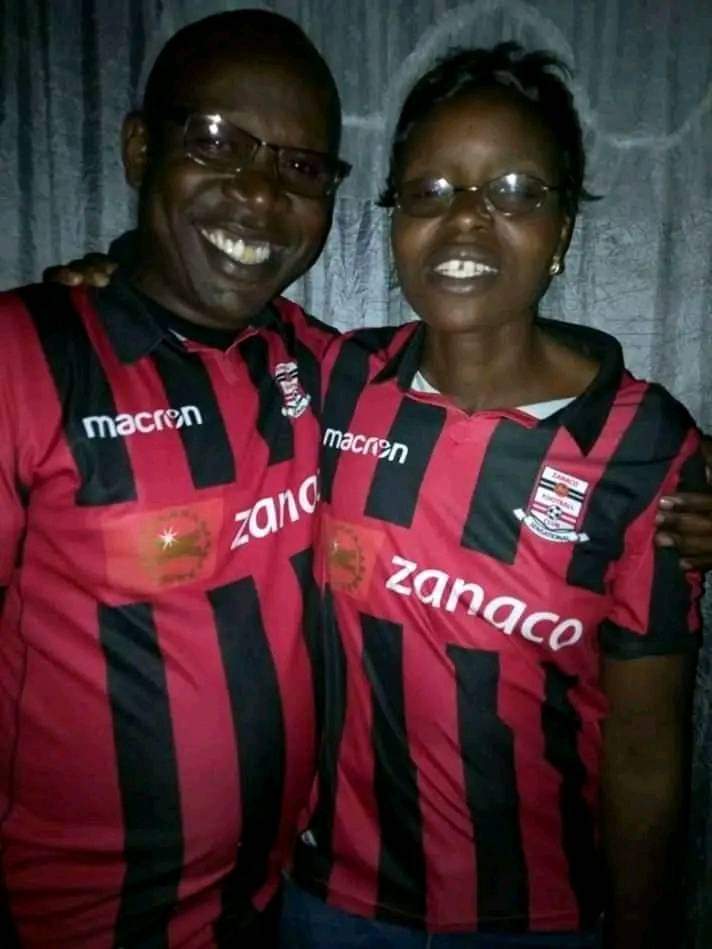 ZANACO Football Club Supporters Chairperson Febian Kalunkumya is faithfully waiting and anticipating for a historical and blessed day when the Zambia National Commercial Bank (ZNCB) sponsored childhood ‘dream team’ will lift one of the prestigious continental silverwares.
Kalunkumya, the unsung hero who started his ‘ campaign for the bankers’ at the age of 15 years in 1987 in Lusaka told ‘The Bundas Incorporated Blog sports News’ that he wants ZANACO Football Club to the ‘Hub of Soccer Skill’ in the world walking on the status of TP Mazembe, Manchester City of England, Barcelona of Spain, Bayern Munich of Germany and Mamelody Sundowns Football Club of South Africa and qualify to the finals of the Club World Cup in the near future.
“African football has been dominated by North African Clubs who win the confederation of African Cup and the frequently and as South and Central Africans it is high time we raise the standards , and as the bankers club should employ the best players who want to make it life and determined to become legends of like Kalusha Bwalya,” the cheer leader lamented.
Kalunkumya who started chanting for ZANACO when he was just in The 9th Grade at Kabulonga Boys Secondary School in Lusaka has also advised that grass roots football in the rural areas is one of the keys to tap unidentified talent in places like Luapula, Solwezi, Northern, Southern and North-Western provinces and the rest of the nation.
Kalunkumya, 52 years old now on the legendary status, narrated that and his wife were blessed by first born son Motty Kalunkumya in 1997, and the following year 1998, the ZANACO fanatic he started carrying the infant with him to Sunset Stadium to support the bankers then called the Zambia National Commercial Bank. 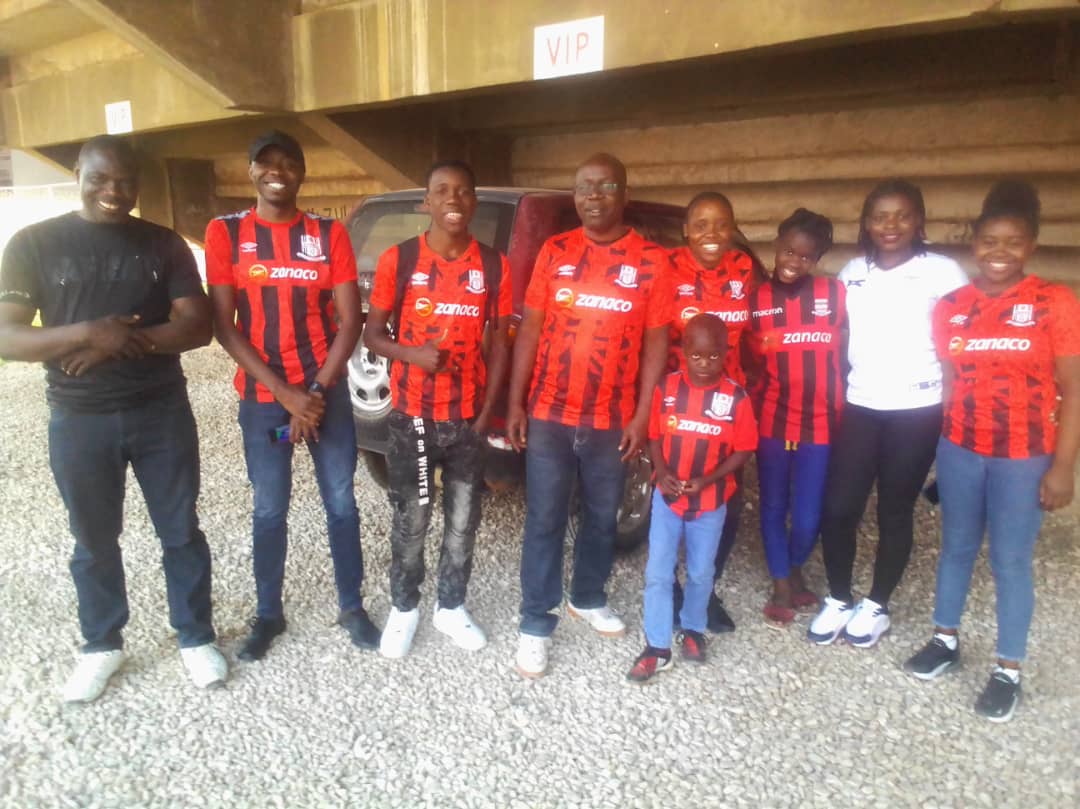 The cheer leader, now a father of 4 children one girl and 3 boys who added his granddaughter Faith Lungu, said he has groomed his children to become staunch ZANACO supporters and that the girl-child named Lontiya is now leading the female group of supporters as she was also carried as a baby to the stadium at age one year, followed by the youngest boy Lushomo aged 5 years old who is being led elder sister Lontiya.
ZANACO Football Club which was home to Tafadzwa Rusike of Zimbabwe as professional has never been to the finals of the any of the prestigious soccer titles of Africa.
For instance, Northern African outfits, like Egyptian clubs have won the most titles clocking (41) times ahead of clubs from Tunisia who have so far managed to grab 24 titles equal to clubs from another North African club Morocco.
AL Ahly of Egypt have won a record total of 24 titles in Confederation of African Football (CAF) competitions nine times more than ZAMALEK Football Club of Egypt and eleven more than hardworking TP Mazembe of Democratic Republic of Congo (DRC).
Esparance Sportive DeTunis which was home to one of Zambian legend Kenneth Bubble Malitoli won their first African Champions League in 1994 with Malitoli playing an integral role. In 1998 Esperance won becoming also the first team to win the set composed by the three oldest continental trophies , a feat subsequently equaled only by Algerian club JS Kabylie in the year 2000.
Additionally, Etole Sportive du Sahel won its First Super Cup in 1995 and its First Afro-Asian Club trophy in the same year. https://m.facebook.com/story.php?story_fbid=3244968789090315&id=100007316764474