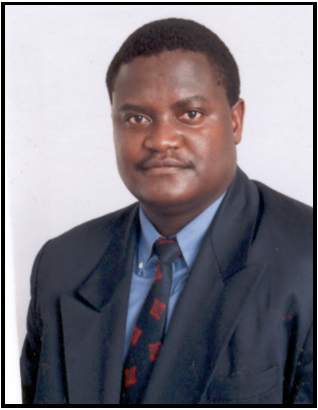 SIMATAA Simataa believes it is a herculean task expecting Zambian banks to become relevant to ordinary people on account of their heritage.

However, on his part, Kelvin Chisanga, an economist and communication specialist has confidence in the local financial sector, serving the individual and collective interests of all citizens.

When reached for a comment on the matter at hand, Mr. Simataa doubted the suitability of the banks serving citizens in an eight-pointed argument.

Said Sims Simataa:“Great! No they can’t. Reasons: 1. Banks have a colonial hangover. Sadly so called indigenous banks have fallen prey. They favour foreign business or Zambians of different origins.

Banks in 1964 promoted “settlers” a thing that continues to this day. So KK nationalised a few and created Zanaco. Sadly “colonialised” or sorry privatised to foreign owners. 2. Banks are in a monopolistic competition environment. We need more banks. For example Micro financial institutions are many and they come and go. 3. Banks are expensively run – look at their declared financials. Expenditure is inelastic whilst income is elastic. Top Managements are expensive.

6 We don’t have a policy defined sector that banks ought to finance and moral suasion used if they don’t. In India they have a “priority” sector. SME’s basically. 7. For some reason we have modelled our banking to European models. Disregarding the economic- socio landscape, and 8. We basically have one type of banking – retail/commercial and a little bit of corporate – we expect to see other banking. If the transport system had only mini buses who carries the cement, fridges, copper

24 hour ATMs good as they are killed Savings account. Has there been another product? Compare bank income interest to interest paid out the spread is crazy.

Kennedy Mupeseni: “Mwila Chansa-Ntambi well said from a banker himself

Mwila Chansa-Ntambi: “Kennedy Mupeseni and when we say banks have failed, some people think we are mad”.

Innocent Daka: “Sims Simataa , I like your answer. It is just what I argue with every day but you have simplified it”.

Nickson Bwalya noted: “Very insightful thoughts from Cde Sims. From this insight I see the future of banks is bleak”.

Kelvin Chisanga advised: “Banking still plays an integral component, a key functional role within this local market though I still feel that there is a need to strongly segment the market so that different products can be thrown to different targeted markets. Yes I do understand clearly the retail market for the banks has received a serious technology disruption but the banking fraternity needs to be innovative, on top of things to compliment with the efforts coming from emerging technologies. There are services which I know are working out with telecommunication players to ensure that they remain relevant in the market right on the bottle line consumers like ordinary citizens, paying micro finance loans through mobile transmissions. Banks should now act like a “shifting spanner” to suit on dynamic economic trending patterns, and there is a strong need to indulge into innovative banking ideas that can also cater for community banking models to encourage savings and financial investments. Derrick Sinjela yes indeed, in order to create a well-balanced economic platform, all players in the market should tap into emerging market systems and the policymakers should study changing patterns and systems to align with and create some flexible, yet developmental policy frameworks that can easily build sound and resilient economic architect to suit with efforts of national development and economic growth required”.