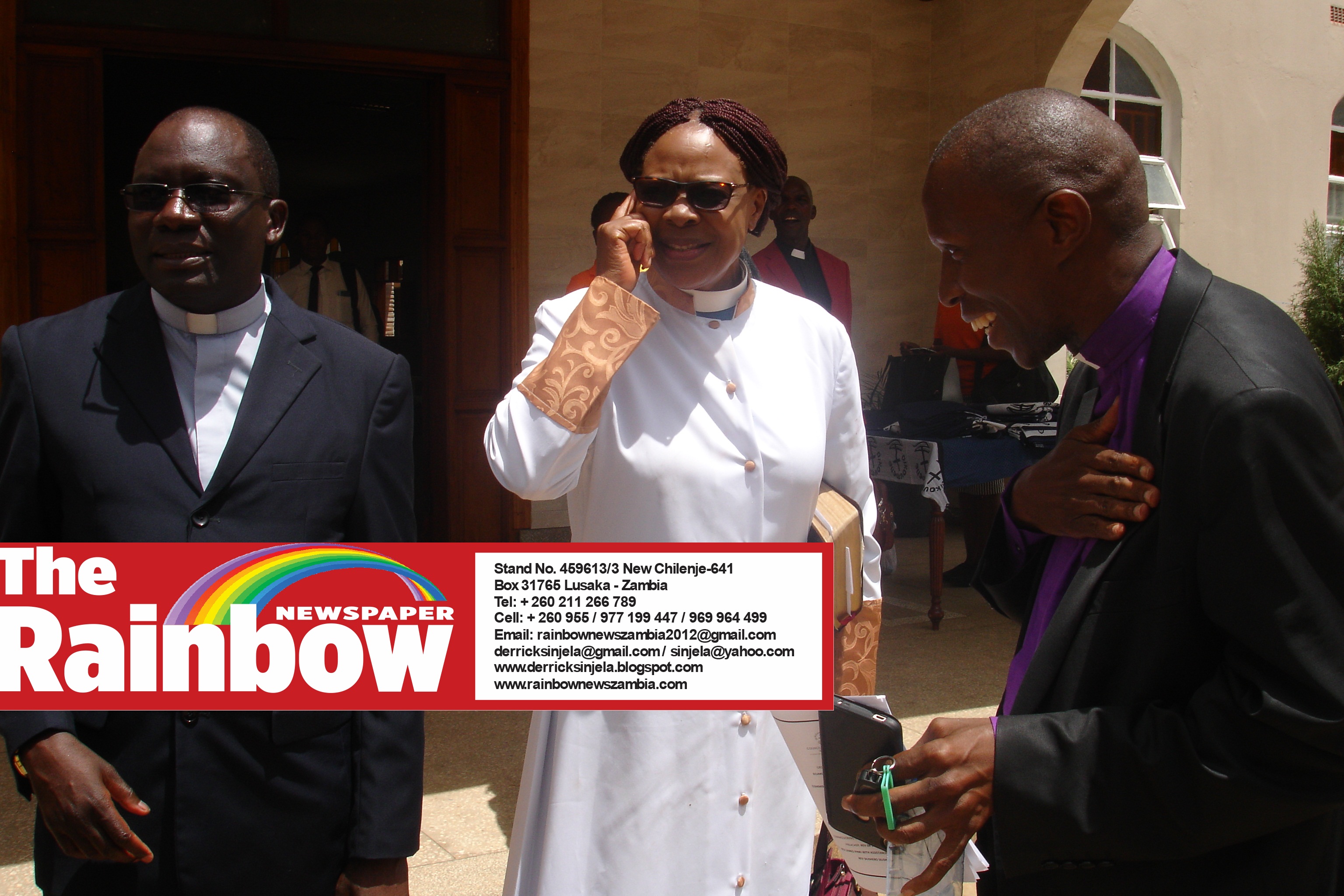 CCZ CALLS ON ZAMBIANS TO REFLECT ON THE COST OF
FREEDOM

The Council of Churches in Zambia (CCZ) joins the rest of African in celebrating Africa Freedom Day which falls on the 25th of May annually.
This year, the day is being commemorated under the theme, “Arts, Culture and Heritage: Levers for Building the Africa We Want’’.
For us, the theme is timely in consideration of the fact that if we are to build the Africa we want, then there is no way we can do that in the absence of our culture, arts and heritage for these give us a sense of uniqueness and originality.
We therefore call upon all Zambians (Africans) to uphold and cherish our culture. While we acknowledge that the world is changing with the influx of the foreign culture which seemingly is diluting our culture, let us embrace our culture and guard it jealously. We are physically free from the chains of colonialism. In this regard, we gratefully honor the heroes and heroines who sacrificed their lives to set the continent and nation free.
As a Council, we also take this opportunity to extend our special tribute to Dr. Kenneth David Buchizya Kaunda, the father of our nation who together with his compatriots, played a pivotal role in the liberation of Zambia and Africa at large.
Nevertheless, we must make mention that the existence as well as the emergency of new conflicts on the continent has resulted in the failure by some African countries to achieve lasting freedom and meaningful development for the people.
The genesis of these conflicts are in most cases linked to political, natural resources, ethnicity, and religion, social and economic challenges. These conflicts create a fertile ground for extremism, terrorism and other trans-national crimes. It is sad to note that Africa has slid into the 21st century with huge unresolved issues, such as poverty, rapid urbanisation, the national question, regional integration, gender inequality, food insecurity, violent conflict, political fragmentation and corruption which has remained a threatening cancer in the fabric of Democracy.
In addition, the weight of the past is a major handicap for Zambia/Africa. The effects of the slave trade, colonisation and neo-colonialism that Zambia/Africa has suffered from are still being felt, as they have each and together resulted in the suppression of freedoms, the violation of human rights and violation of the dignity of the people of the continent.
In our view, among the major disadvantages of the continent at the dawn of the twenty-first century are also the low levels of empowering education of many Zambians/Africans, the lack of modern techniques of production, transport, etc.,a fragmented political space and the extroverted structure of the economies.
Poverty is still massive and deeply rooted, and the processes that lead to exclusion and marginalization of large segments of African societies are still ongoing. Exclusion and political marginalization of individuals, groups and entire social classes are, as we know, among the root causes of many of the violent conflicts that have ravaged several African countries, while aggravating underdevelopment and international dependence.
The institutions of higher education and cultures of the elites are strongly marked, not by a philosophy and development strategies guided by the interests of the Zambian/African People, but by influences coming from outside the Continent, influences that are more alienating than liberating.
Reflections should also focus on issues such as the high mobility of Zambian/African People, both within and outside of the continent, and its consequences in terms of citizenship rights, and its impacts on gender relations; the issues of climate change, natural resource management and food security; the recurrent problem of African integration with a focus on the issue of a common currency and common borders; or yet again the governance of African cities, since a number of prospective studies have identified urbanization as a major trend in the evolution of the Continent. These issues are likely to continue to determine the evolution of the Continent.
Special attention should be paid to higher education, given the importance, and the uniqueness of the role that knowledge plays in development, and its ability to influence the whole system. Isn’t the “Vulnerability” of Africa the result of its marginal position in the world of knowledge? With the ongoing changes in higher education around the world and the weakening of many African Universities as a result of both deep crisis and twenty years of structural adjustment, brain drain and sheer negligence on the part of the State, African research has encountered considerable difficulties in its attempts to study and interpret these events and more.
However, as a Council we are constantly plagued, not without anguish, by many questions, and these are, has Zambia/Africa really become the continent of freedom, peace, prosperity, and success that our Founding Fathers dreamt of? Are Zambians/Africans united, interdependent and thriving? Has Zambia/Africa gained a place commensurate with its immense potential and legitimate ambition in the international arena? The scorecard of the Nation’s/ Continent’s half a century of independence and freedom leaves one in doubt.

In spite of its huge economic potential, and its rich, young and dynamic human capital, most African States have difficulties in ensuring the welfare of their populations.
The CCZ believes building the Zambia and Africa we want can and will only be possible when there is a conversion of hearts and minds, leading to a united, reconciled and peaceful Zambia and Africa where all citizens freely participate in governance within a thriving social and economic environment.