Labour Commissioner Givens Muntengwa outlines “Guidelines on retirement age” following the case of Konkola Copper Mines PLC vs Nyambe Martin Nyambe and others appeal No. 12 of 2018

GUIDELINES ON RETIREMENT AGE FOLLOWING THE CASE OF KONKOLA COPPER MINES PLC vs NYAMBE MARTIN NYAMBE AND OTHERS APPEAL NO. 12 of 2018

1. The brief facts in this case were that Konkola Copper Mines appealed against the judgment of the High Court in which the Judge found that Nyambe and other employees were prematurely retired at fifty-five years and that the retirement was unlawful, null and void for being contrary to the existing law which had placed retirement age at sixty years,

2. Konkola Copper Mines among other grounds of appeal stated that the learned Judge erred in law when he held that the new retirement age of sixty years applied to Nyambe and others as opposed to fifty-five years which was incorporated in the Nyambe and others contracts of employment. The contract of employment provided for a clause, “normal retirement age for all employees would be fifty-five. ”

3. Konkola Copper Mines submitted that the High Court’s holding was totally against the established principles of freedom of contract and to that end, the case of Colgate Palmolive (Z) Inc vs Shemu and Others, Appeal No- 11 of 2005 was cited where the Supreme Court held that —

“Parties shall have the utmost liberty in contracting and their contracts when entered into freely and voluntarily shall be enforced by courts ofjustice. ”

4. Further, the case of Rosemary Ngorima and 10 others vs Zambia Consolidated Copper Mines, Appeal No. 97 of 2000 was referred to, where the Supreme Court stated that — in an employee/ employer relationship the parties are bound by whatever terms and conditions they set out for themselves. ”

5. Therefore the question which was to be addressed by the Court of Appeal was whether the learned trial Judge erred in law when he held that the new retirement age of sixty applied to the respondents (Nyambe and others) as opposed to fifty-five which was incorporated in the respondents’ contract of employment.

6. The Court of Appeal found for Konkola Copper Mines and that the retirement age for Nyambe and others was fifty-five because that was what was agreed upon in the various contracts of employment. Specifically the Court of Appeal stated at page J21 as follows:

“As already stated, it is not in dispute that the legal requirement at the time the respondents were employed by the appellant was fifty-five years.

This was agreed upon in various contracts of employment. The parties were therefore bound by it. As was stated by the Supreme Court in the case of Rosemary Ngorima and 10 others vs Zambia Consolidated Copper Mines Limited, in an employer/ employee relationship, the parties will be bound by whatever terms and conditions they set out for themselves. ”

8. Additionally, the Court of Appeal was categorical at page J21 that —
“The Court below failed to appreciate that retirement age of fifty-five years became an entrenched condition of the contract of service which cannot be altered by the recent amendments to the law. ”

9. It is also important to note that the Court of Appeal pronounced itself at pages J21-J22 on two other fundamental points. The Court stated that —

10. In a nutshell, the Court of Appeal’s decision was that —
(i) an entrenched condition of the contract of employment cannot be altered by an amendment to the law;

(ii) the amendments to the National Pension Scheme Act affect those employees who never made irrevocable options to retire at the age of fifty-five years before the amendment; and those who joined the appellant after the amendments.

If there is no contract of employment that was signed between the employer and employee which stated the retirement age, then the amendments to the National Pension Scheme Act apply (This applies to public service workers for example who do not sign contracts with retirement age clauses).

In other words, the National Pension Scheme Act has retrospective effect to those who were employed before the amendments, if those employees did not sign contracts of employment that has a r tirement age clause specified in it.
Givens Muntengwa
LABOUR COMMISSIONER 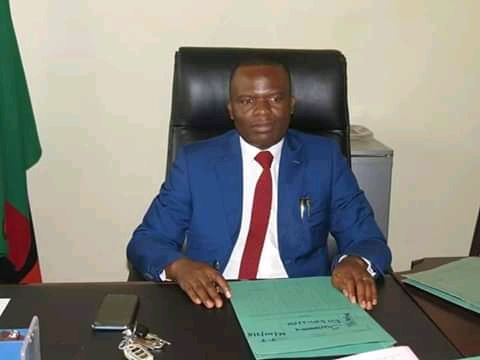