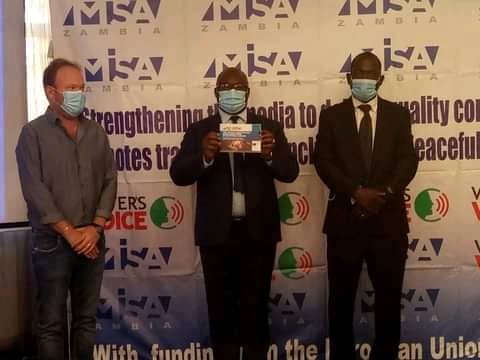 By Theresa Kalenga and Derrick Sinjela

Mr. Malupenga says the report provides an opportunity to assess the levels of professionalism at all levels of media from the point of view of the public. 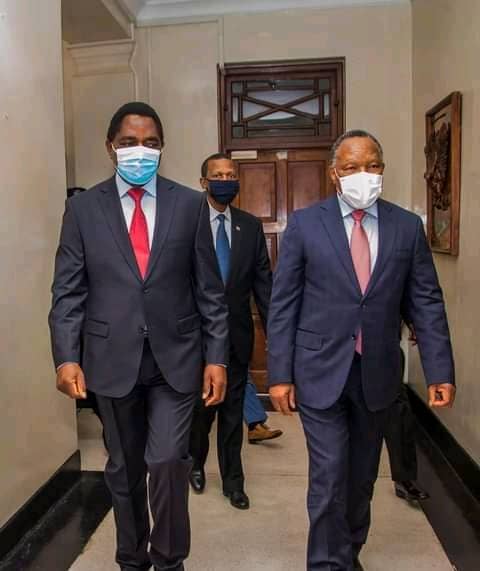 “I am given to understand that this report, the final one in the series of four reports, captured electoral content from the pre-election to the post-election phase. It provides valuable findings on how key media outlets covered the 2021 election cycle (in particular the election and post-election phase) including what topics they covered, which political parties and other election stakeholders they covered. I commend MISA-Zambia for this milestone and your consistency in providing important information on the state of the media in Zambia.
I equally thank the European Union (EU) for funding the Voters’ Voice Project and all stakeholders such as BBC Media Action and MISA-Zambia for supporting the implementation of this project,” noted Mr Malupenga.

“The Press Freedom I am talking about entails the freedom from illegitimate restrictions and includes the freedom to choose from a plurality of media and the freedom to express oneself publicly without political or other forms of interference. This is important considering the phenomenal growth of the Zambian media industry over the years. The country now has more than 140 radio stations and 40 television stations on air countrywide. We are confident that this growth will continue as we seek more community investment and involvement in growing the industry,” said Malupenga.

Said an optimistic Malupenga: “As we continue to implement the current Media Development Policy, we will together with yourselves as key stakeholders in the media industry, harness a professional, free, pluralistic and independent media. This is important if the media will take up their rightful place in the governance and development agenda of Zambia.
It is our expectation and that of the public that as we continue to create an enabling environment for the growth of the sector, media content from all players in the sector will foster constructive and inclusive dialogue and debate on key election issues of national interest”.

Further, Malupenga says Government is aware of the many challenges inhibiting the growth of the media industry in Zambia, such as inadequate regulation, lack of a level economic playing field and transparency of ownership.

“These challenges have further been compounded by issues such as non-utilisation of the media as a platform for democratic discourse, inadequate skills among media practitioners and lack of media development-related infrastructure. Not all hope is lost because the media development policy is aimed at addressing the above challenges. The policy also aims at promoting a system of regulation conducive for freedom of expression and professional capacity building,” Malupenga prayed.

Further, Malupenga says the Zambian Media Development Policy will ensure that the basic right to receive and impart information, as stipulated in the constitution, is enhanced.

“Government notes with interest some of the key findings of the report we are launching today such as lack of balance in the coverage of the major political actors in election stories particularly across the public media platforms. It is important that all media houses including the public media provide equal coverage to all political players regardless of affiliation. This is the surest way to grow our democracy as a country. Political will in this regard has been provided by the President Mr. Hakinde Hichilema who has continued to advocate a professional, independent and free media. This, therefore, entails that the public media should feel comfortable to fully implement their editorial policies without any undue influence,” reiterated Malupenga.

From the finding in the report, Malupenga says there is need to invest more in ensuring the promotion of an agenda setting media.

“We need radical change in the way journalists cover elections in Zambia. This is the only way to fulfill our role of ensuring that the public is well informed and in turn make informed decisions on issues that affect their livelihoods. Professional and ethical journalism must be an ongoing effort, even when elections are over. I, therefore, urge every journalist in Zambia to adhere to the ethos of fair coverage and amplifying the voices of the marginalised in society. Let us always remember that our primary duty or responsibility as journalists is to the public. Therefore, let us go back and respond to that ability,” pledged Malupenga.

Malupenga commended the media for covering the 2021 general elections to a larger extent, with vigour, fairness, and consistency.

“We are particularly happy that you remained professional in your reporting, even in the face of rumours and speculation on social media. We also commend you for promoting peace before, during and after the elections. Yours indeed is a noble cause. I declare the voter’s voice election and post- election media monitoring report officially launched. I thank you!,” said a delighted Malupenga.