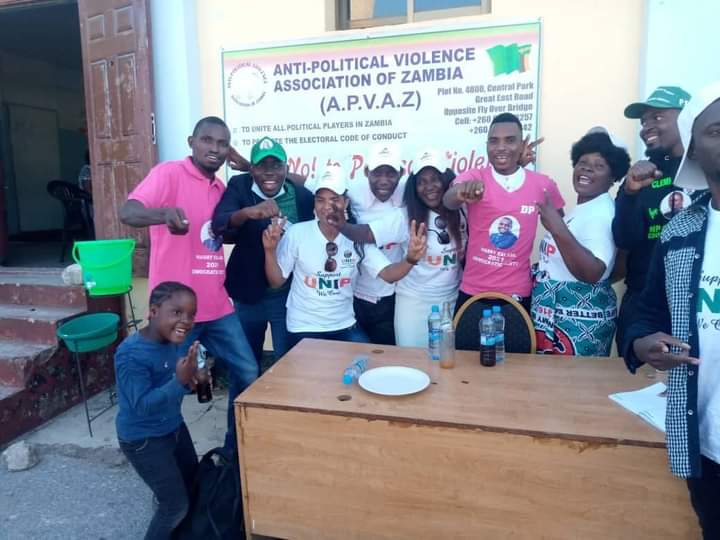 GLOBALLY, it is agreed that once a society is confronted with a violent environment, it is women and children, both boys and girls that suffer the negative consequence of this burden.

Fearing perpetuation of females and young people differing or enduring the brunt of poverty has prompted the United Nations (UN) to seek peace.

This global response was recently led by Under-Secretary-General Rosemary DiCarlo, who participated in the 2021 Stockholm Forum on Peace and Development at a panel for building partnerships between civil society and regional organizations to accelerate the Women, Peace and Security Agenda.

The Saturday 1st May to Friday 7th May 2021 eevent was co-hosted by the Stockholm International Peace Research Institute and the Swedish Ministry of Foreign Affairs.

On the question of how the Women, Peace and Security Agenda can be pursued, DiCarlo noted: “What we need is implementation. We believe that we must demonstrate the importance of women’s leadership in public life including peace and security. We must lead by example.”
Fortunately, a young female leader, Bernadette Mulenga, President of the
Anti – Political Violence Association of Zambia (APVAZ), working in collaboration with the World Youth and Leadership Foundation, convened a launch meeting Friday 7th May 2021 on the importance of Zambia holding credible elections that let political parties vie for office in a violence free environment.

Ms. Mulenga expressed delight that young people, both boys and girls want to compete on the basis of ideas, and not seeking victory at Presidential, Parliamentary and Local Government violently.

“As partners in peace building, we are encouraged to learn and appreciate a desire by young people toward zero-tolerance to violent polls beyond August 2021,  a delighted Ms. Mulenga stated during the launch, and later youth people shared a meal and posed for photographed, at a Peace Meeting witnessed by electronic; television and radio, print and online or new media practitioners. 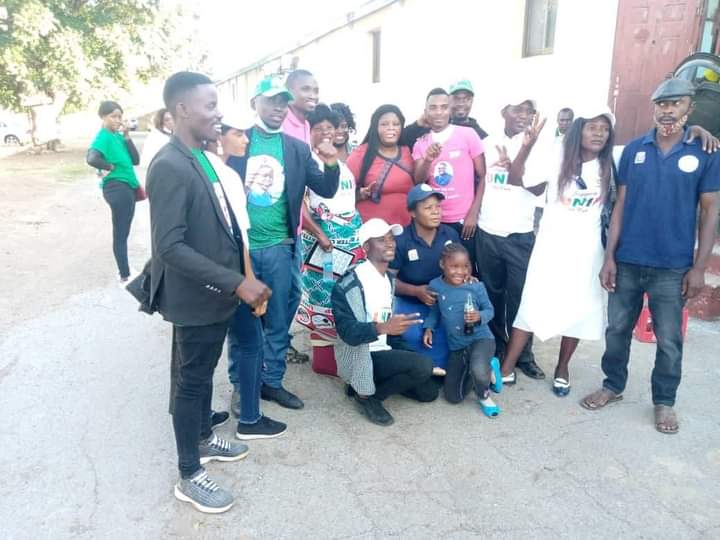 A tart, straight-talking Ms. Mulenga told well attended launch meeting that her organisation will not stand at as distance as political parties use violence as a tool for gaining or keeping power.

“I do not sleep, APVAZ and I will not allow the agree face of violence to take root in Zambia. My team and I are not going to let journalists, ordinary people, children, youths and women to be hurt,” vowed Ms. Mulenga.
And giving a keynote address, a former diplomat, implored young people to desist from being used by elderly politicians as tools of violence, during every five year circle of elections and when Electoral Commission of Zambia (ECZ), now led by Chairperson Justice Essau Chulu, Deputy Chairperson, Ms. Emily Munthali-Sikazwe, Chief Electoral Officer (CEO) Kriticous Patrick Nshindano and Public Relations Manager (PRM) Ms. Patricia Luhanga facilitate by-elections at Presidential, Parliamentary, Mayoral, Council Chairpersons and councilor level. 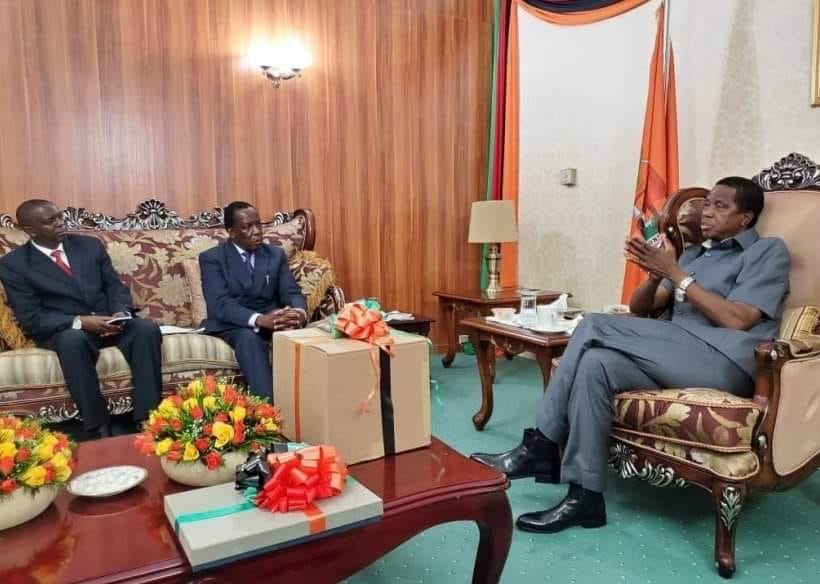 “We do not want bloodshed, violence, and social media insults. Young people and children must use the internet responsibly. Everyone must know that insulting any adult, is not good as it amounts to disparaging a parent and guardian,” advised Ms. Mulenga pointing out that in a Christian, it is inimical for young people to publicly humiliate adults.

While condemning harrassment of journalists for merely disseminating information, it as it takes two to tango, news persons must do so ethically.

Peace, decurity and democratic resilience Zambia and tensions fears prompted a practical voice of young people, after a string of violent acts.

After an National Democratic Institute (NDI) training on conflict mitigation, youth leaders organized a series of public events and marches to call for ending the violence. Organized in partnership with local Civil Society Organisations (CSO’s). 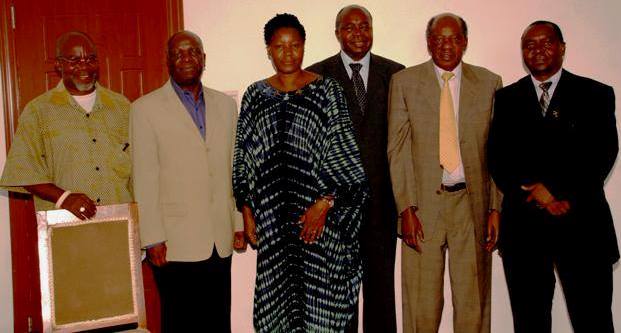 NDI’s Zambian partners – Young Women in Action (YWA), the Council of Churches of Zambia (CCZ) and the Young African Leaders Initiative (YALI) demonstrates the resolve of youth from competing political parties to denounce violence before, during or after the elections. Media coverage of these events has reached a broader audience with the simple, but powerful message that violence has no place in the election. 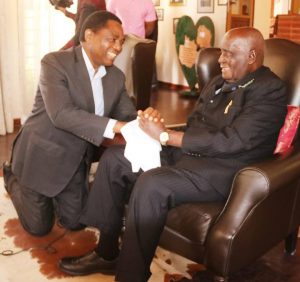 On Saturday 16th July, 2016, 60 youth marched through the main streets of the city of Kitwe in Copperbelt Province, wearing their party regalia, and singing songs disavowing political violence. 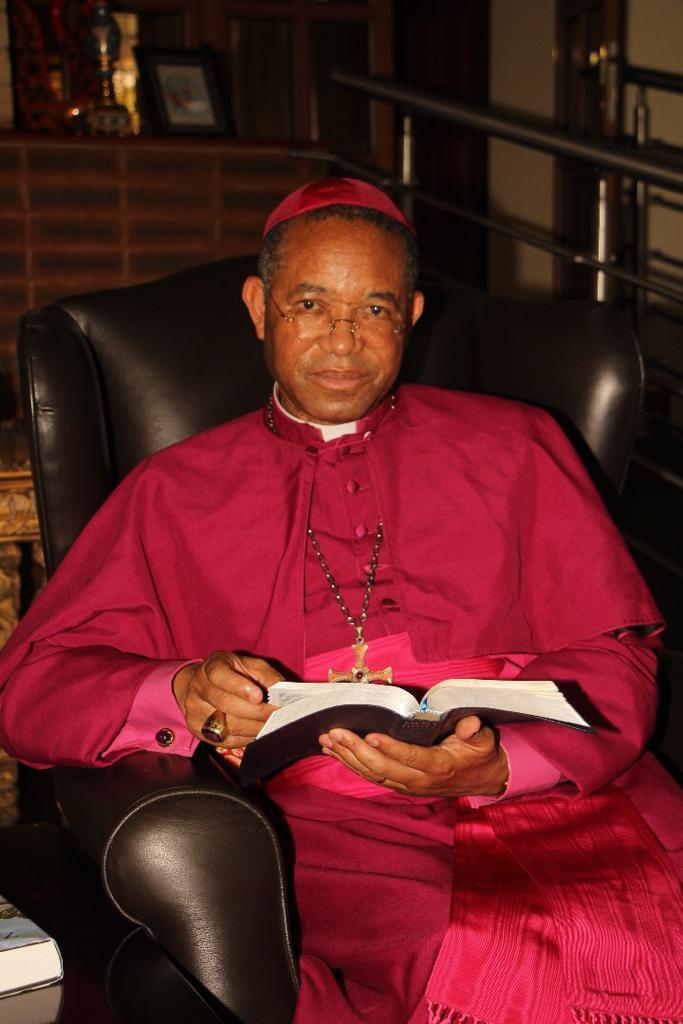 The solidarity peace walk was featured in the main news hour of the Zambia National Broadcasting Corporation (ZNBC TV2) and Muvi television.

Several days later, on Saturday 23rd July, 2016, Lusaka Youth Ambassadors held a solidarity march in the Zambian capital. Sixty-six young men and women from six parties began at the Kabwe roundabout, wound their way along Cairo Road in downtown Lusaka and ended up at the historic site of the Freedom Statue. Youth Ambassadors spoke and pledged peace. Zambia Police provided security but did not speak at the event. The event was covered by radio stations such as Hot FM 87.7 Frequency Modulation (FM) and ZNBC.
Meanwhile, in Eastern Province, Youth Ambassadors organized two events, one in the provincial capital of Chipata on Friday 29th July, 2016, and the other one in Katete, on Thursday 4th August 2016. The Youth Ambassadors collaborated with the Zambia Police and the Anti-Political Violence Youth Ambassador Drama group on a march through the main streets of Chipata. At the invitation of the Youth Ambassadors, the police and the church addressed the crowd of 100. The Police Commissioner for Eastern Province praised the young party members for the initiative and encouraged them to maintain peace. Pastor Shumba, from the Seventh Day Adventist (SDA) church, encouraged the youth to be peaceful in all they do.

In Katete, the six Eastern Province Youth Ambassadors organized 60 young men and women from each of the six political parties (ten from each party) to march in solidarity along the main streets and market of Katete. Donning party regalia and holding party banners, the youth sang solidarity songs and were joined by onlookers and marketeers. The Zambia Police provided security and assigned four senior police officers to attend the event. The director of police operations Mr. Mazuba, was one of the key speakers and stated that the police want political parties to co-exist and campaign peacefully. A pastor from the Evangelical Fellowship of Zambia (EFZ) gave the keynote address and encouraged youths to work together to end political violence. Each of the six ambassadors was given an opportunity to speak and pledge peace. The event was covered by the ZANIS and Mpangwe FM Radio.

Southern Province Youth Ambassadors were planning to bring together 50 young people from six political parties in a workshop on how to maintain peace after elections. Various topics will be explored which include gender and non-violence, nature of violence in Zambia and the history of Zambian politics. This will be followed by an event using dance, songs and poems to mobilize people. The Southern Province Youth Ambassadors will deliver messages on the need for the public to desist from political violence by embracing peace.
Together, these and other independently organized events reflect the interest of young Zambian leaders to take a public stand and model civil and peaceful behavior between political parties. Funded by the United States Agency for International Development (USAID), these events are helping to support peaceful political activism.