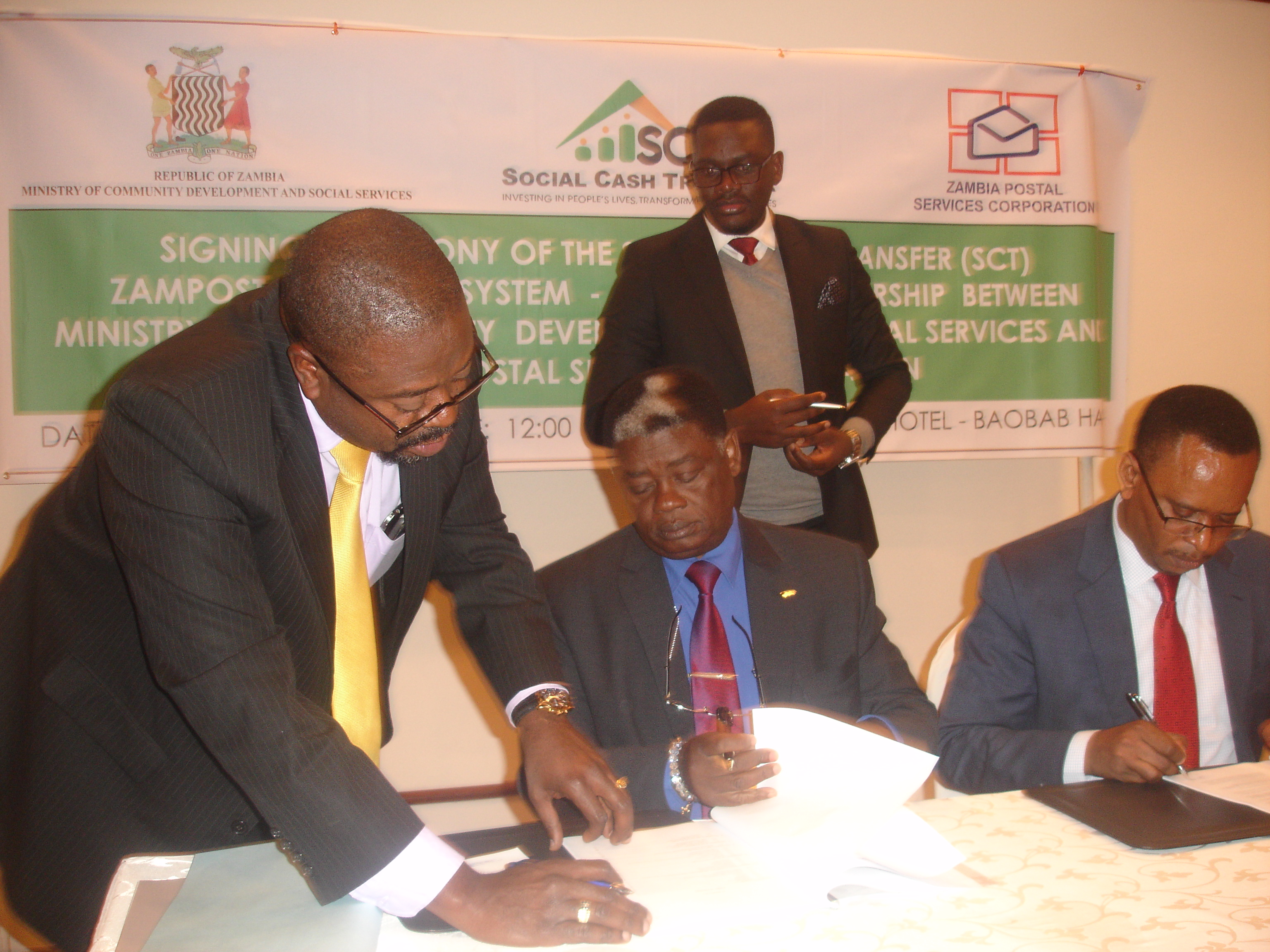 “|It is a miracle for some Zambians to have three meals per day, while some of us are having six meals a day Community and Development and Social Services Permanent Secretary Howard Sikwela has lamented.

Reverend Sikwela said Zambia has some of the highest poverty levels in Africa, with most of its citizens not able to have three meal’s a day. The Permanent Secretary however, said government has put measures in place to help alleviate poverty levels.

He said one way of reducing poverty among the citizens is a partnership that the Ministry of Community Development and Social Services and Zampost have entered into, saying the working alliance between the two institution will increase t accessibility, security of the Social Cash Transfer through Mobile phones and increasing the Social Cash Transfer Funds.

“It is a fact that some people in Zambia don’t have three meals a day. We are lucky here( Taj Pamodzi Hotel) lunch is waiting for us. Some of the people are having six and not three meals per day. This is a reason they looking nice and healthy,” Rev. Sikwela emphasised.

“My Ministry is committed to ensuring that the Cash Transfers payments to the vulnerable in our communities are safe and secure and reach the intended beneficiaries. Eradicating poverty in all its forms and dimensions, including extreme poverty, is part of government’s agenda and my Ministry is committed to shift the path of our people from poverty to a progressive, sustainable and resilient path to prosperity,” he said Rev. Sikwela said his Ministry has unprecedentedly and continuously increased funding to the Social Cash Transfer programme.

Mr Chanda said Zampost, being the entity encrusted with the service in 2 provinces (Luapula, Western provinces), assured its cooperating partners that there would be an audit of Cash Transfer for each payment made.

According to the Global Food Index for 2017, conducted by the United Nations World Health Organization (WHO), Zambia was ranked the 3rd most hungry nation on earth with well over 700, 000 children undernourished and at the verge of dying of hunger and that 24 per cent of these children have a stunted growth.