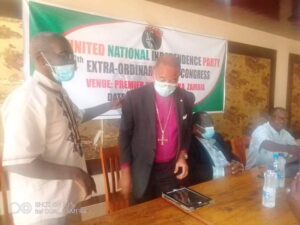 AS President of the United National Independence Party (UNIP) we are issuing this statement concerning the rash and preposterous attempts of Kangaluwi Copper Mine to mine in the Lower Zambezi National Park.

We do so because UNIP was the first post Independence Party in power and has for decades been a strong advocate and supporter of wildlife conservation and broader environmental issues.

In fact 1964 alongside a newly independent nation, the Wildlife Conservation Society of Zambia was born with the first Republican President, Kenneth Kaunda, as patron.

My illustrious predecessor as President of UNIP, Dr. Kenneth Kaunda, remained in and out of office and throughout his life passionate about the preservation and protection of our wildlife and the environment. 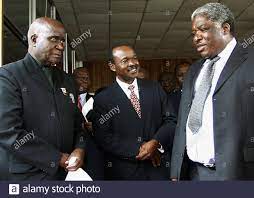 His statement revealed that during the liberation war in Zimbabwe a lot of the fighting took place in the Zambezi Valley but the wildlife survived. And as soon as the war was over President Kaunda declared the Lower Zambezi a National Park and the wildlife thrived.

His statement went on to say, “Today Lower Zambezi is one of Zambia’s most popular destinations for tourists, both local and International, generating more and more income for government and livelihoods for the people of Zambia. The Lower Zambezi valley also provides a critical biodiversity link between the animals in Luangwa valley and the Kafue basin.”

In opposing the proposed mining operation in the middle of the National park, President Kaunda said, “…it poses the biggest threat in history to the wildlife and pristine wilderness that has survived so many centuries of challenges and supported generations of Zambians.”

As President of UNIP I unreservedly endorse the late President Kaunda’s stance and statement unequivocally. And render my Party’s support to the ‘Save Zambezi, Safe Zambezi’ Campaign comprising a coalition of stakeholders and other environmentalists and groups of goodwill opposed to the destruction of Lower Zambezi biodiversity.

It is important to note that on Sunday, 26th January, 2014, President Hakainde Hichilema then in opposition on his twitter also opposed the proposed mining in the Lower Zambezi. He twitted:

“What will the PF leave us with if they
can overturn a decision made by a
competent authority such as ZEMA.
#lower Zambezi stays untouched!”

President Hakainde Hichilema’s opposition to the proposed mining operation in the middle of the National park was also unequivocal.

Accordingly recent aerial reports showing developments that Kangaluwi Copper mine has cleared a very large area, as well as new pop-up tents, an excavator and a second container possibly accommodation or an office in the Lower Zambezi, in the pristine and eco-sensitive area are shocking as we watch the biodiversity of the area being inhibited and destroyed. We as UNIP condemn this in the strongest possible terms as it is preposterous.

The very fact that this commercial enterprise has decided to ride roughshod and trample under feet the vital concerns of the local communities and environmentalists and legal processes is not only an insult to Zambians but underlines the evil side of capitalist commercial enterprises.

In 1973, the British Prime Minister Edward Heath speaking in the House of Commons described the Lonrho affair, in which shareholders supported the continuation of Tiny Rowland as Chief Executive Officer (CEO) in the face of a legal suit against him by his fellow Directors on serious governance issues as, “…the unpleasant and unacceptable face of capitalism…”

The phrase ‘the unacceptable face of capitalism’ aptly fits Mwembeshi Resources Ltd actions to mine in the Lower Zambezi National Park. This we cannot allow or tolerate in Zambia in the light of the strong opposition which has been demonstrated since Wednesday, 16th March, 2011 when a 25-year license was granted. This was subject to an environmental and social impact assessment (ESIA) approval by the Zambia Environmental Management Agency (ZEMA) before mining could proceed.

On Wednesday 19th September, 2012, Mwembeshi Resources Limited appealled to the then Minister of Lands, Natural Resources and Environmental Protection, in accordance with the provisions of section 116 of the Environmental Management Act No. 12 of 2011.

The drama has played out till today with Mwembeshi Resources Limited adamant in spite of change of ownership in 2017 from an Australian company to a Chinese conglomerate to spoil the pristine environment in the Lower Zambezi National Park.

For centuries, the peoples of the lower Zambezi have managed their fragile ecosystem and lived side by side in harmony with the fauna and flora.

Without a doubt the commercial mining activities in such an environment will inevitably lead to biodiversity, ecological and environmental degradation, pollution of pristine waterways and destruction of the very livelihoods of the people concerned.

Coupled with these concerns is the question of sustainable resource management which the Brundtland Commission on the Environment and Development conceived as development and resource utilisation that meet the needs of the present generation without compromising the ability of the future generations to meet their own needs.

We have looked at the Constitution of Zambia, 2016 and among the national values and principles is 8(f) referring to sustainable development, as defined above by the Brundtland Commission. There is no human right to a safe and clean environment under the Constitution. However, Zambia is a state party to the African Charter on Human and Peoples Rights, 1981 /1986 and the International Covenant on Economic, Social and Cultural Rights, 1966/1976.

These rights impose a positive obligation on the Zambian government to take all reasonable steps and other measures to prevent pollution and ecological degradation, to promote nature conservation and to secure an ecologically sustainable development and utilisation of natural resources in the Lower Zambezi.

This is in the spirit of Article 12 of the International Covenant on Economic, Social and Cultural Rights, 1966.

Zambians must be made aware of the famous case of Social and Economic Rights Action Centre (SERAC) and Another v Nigeria, 2001, AHRLR. This is perhaps the best and most authoritative human rights case on the conflict between natural resource extraction and environmental degradation.

The case concerned the consequences of environmental degradation in Ogoniland in the Niger Delta of Nigeria, arising from the collusion by Shell Corporation and the Government of Nigeria, namely disposal of toxic wastes into the environment and waterways, oil spills in proximity of villages, resulting in the contamination of water sources, soil and air with serious short-term and long-term health implications for the local population.

In the case of Lower Zambezi, the government of Zambia, through the Zambia National Environmental Management Agency, has positive obligations arising from the constitutional values and international and regional treaty obligations to protect its citizens, not only through appropriate legislation to safeguard the pristine but also fragile environment of the Lower Zambezi.

Accordingly, we hold that ZEMA and the Ministry of Green Economy and Environment, should not have granted the go-ahead to commence mining activities.

History has taught us these commercial mining interests parrot about so called employment creation and social responsibilities which cannot justify the huge long term negative social consequences our people shall suffer.

But these extractive industries often bring untold misery and suffering to local communities as in the case of the Ogoni people of the Niger Delta cited. This is the best example of this “resource curse”.

These positive duties lie at the heart of the fundamental right to a generally satisfactory environment, favourable to their development.

This rights are enshrined in regional treaties such as the African Charter on Human and Peoples Rights, the Banjul Charter, and the International Covenant on Economic, Social and Cultural Rights.

Zambia is a state party to these instruments and is therefore required to carry out her treaty obligations Pacta Sunt Servanda, Latin for “agreements must be kept”, a fundamental principle of law.

As responsible custodians for the unborn and generations to come this is a clear argument why ZEMA and the Ministry of Green Economy and Environment and should have not granted the go-ahead to commence mining activities.

We therefore urge ZEMA and the Ministry of Green Economy and Environment and to reverse their decision immediately in accordance with their prudent earlier decisions before the waters were muddied by “…the unpleasant and unacceptable face of capitalism…” displayed by Mwembeshi Resources Ltd.

Mwembeshi Resources Ltd have breached a process where Conservation Advocates Zambia Ltd, still awaits an official response from the ZEMA board regarding their request to review the decision to approve the EIA addendum. Furthermore an urgent response from ZEMA and the Ministry of Environment and Green Economy is demanded regarding aerial reports which show developments which likely require separate EIAs for the roads and accommodation outside the site area.

The actions of Mwembeshi Resources Ltd have not been subject to public scrutiny and therefore illegal and calls for ZEMA and the Ministry of Green Economy and Environment and to act in accordance with the rule of law.

Should ZEMA dilly dally we as UNIP support the petition submitted on Friday, 4th February, 2022, by Mr. Robert Kunda Chimambo to the Constitutional Court regarding the environmental impact assessment and the contravention of numerous articles in the constitution; seeking the Court’s intervention to compel ZEMA and the Ministry of Green Economy and Environment and to withdraw the decision. The matter was later withdrawn but with a proviso to petition again.

This is where the power vested in the Zambian people is now being tested. UNIP under my leadership supports country wide demonstrations calling upon the New Dawn Government to rescind its decision to allow Zambezi Resources from mining in Lower Zambezi National Park

Zambians should now know that if our efforts fail in protecting the Lower Zambezi National Park, the buck stops with President Hichilema who unequivocally said to the Zambian people in 2014 that, “lower Zambezi stays untouched!” And so it shall be!

We as UNIP therefore urge the President to live out his vow by exercising his powers in issuing a presidential directive stopping Mwembeshi Resources Ltd mining in the lower Zambezi; to preserve the wildlife and pristine wilderness and rich ecosystem that has been there for centuries.

Zambians should begin to realize that not every resource God gave us needs to be exploited especially when the environment is endangered as the case is in Lower Zambezi.

Further, Zambians should realize that the discovery of a particular resource from explorations and other ways, does not necessarily mean we should mine it.

Zambians should also have a mind of reverence and preservation to nature of which we are a part.

The Zambian people should not only think about themselves today with greed, but think and preserve some resources for their grandchildren and generations yet unborn.

If we preserve some of our critical resources, the generation to come shall be proud to appreciate the wonders of their environment of which we are stewards and protecting right now like the Lower Zambezi biodiversity.

Zambians need to know that there are other means of building sustainable natural resource-based economies like in Lower Zambezi that can sustain our people and their descendants well into the future; a more holistically alternative to this proposed mine in Lower Zambezi and this is what we should carefully explore, – especially sustainable tourism in which the local communities have the potential to benefit immensely now and in the future.