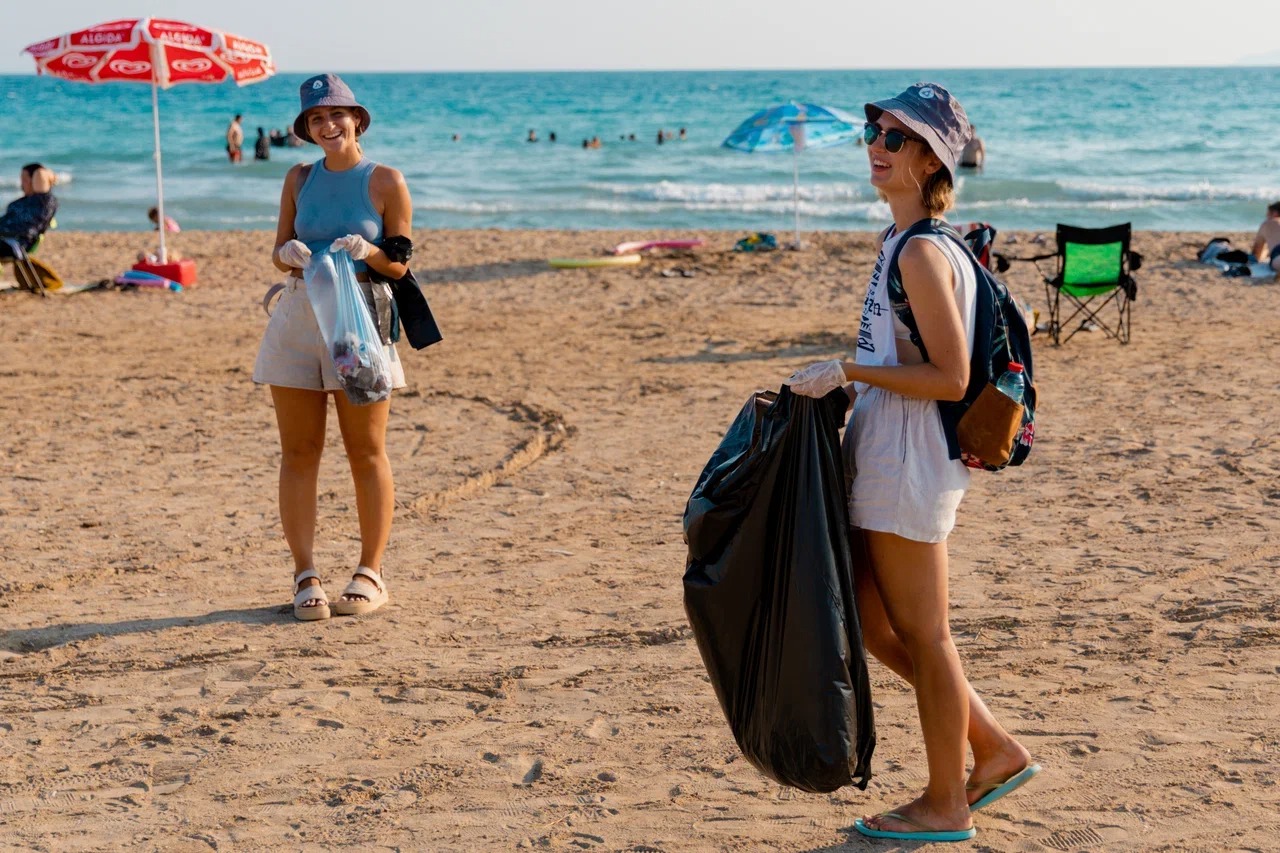 AKKUYU NUCLEAR has become a partner in a project to monitor, protect and save the loggerhead sea turtle (Caretta caretta), green sea turtle (Chelonia mydas) and Nile softshell sea turtle (Trionyx triunguis) in the Göksu River Delta Conservation Area. The project is implemented by the General Directorate of Natural Heritage Protection under the Ministry of Environment, Urban Planning and Climate Change of the Republic of Turkey.

The project held a traditional environmental clean-up event on the sea turtle nesting area at Kum Mahallesi beach near Tashuçu, where the builders of the nuclear power plant live. The campaign was also aimed at raising public awareness of sea turtle conservation issues. More than 100 employees of the Akkuyu NPP construction site, as well as researchers and volunteers took part in the action.

After cleaning the beach, project coordinators held a lecture for volunteers on the nesting characteristics of sea turtles and the importance of a clean environment for their comfortable habitat. Organizers created a large sand sculpture of a turtle on the beach, which aroused great interest among locals and holidaymakers – the number of campaign volunteers increased.

Mustafa Korkmaz, a Middle East Technical University hydrobiologist, Ph.D. in Biology, and coordinator of the Göksu River Delta Sea Turtle Nesting Site Protection Project: “The Göksu River Delta is a unique coastal habitat and its conservation is very important to maintain biodiversity in the region. Together with Akkuyu NPP staff and our project participants, we cleaned the beach in the sea turtle habitat. We also educated participants about the importance of conserving the Göksu Delta ecosystem and the need to take precautions when visiting beaches where sea turtles breed”.

AKKUYU NUCLEAR has traditionally provided charitable support to a group of researchers and volunteers involved in the monitoring and conservation of endangered turtles.

“Even now, during the construction phase of the nuclear power plant, we care about the region we are in, we are thinking about how we can benefit the unique area in the decades to come. Partnering in a project aimed at protecting a population of rare and unique sea turtles, carrying out environmental actions with the Akkuyu NPP project staff is an important part of our company’s environmental policy. We are delighted to be part of a great cause that brings scientists and volunteers together around the task of caring for and preserving the region’s natural heritage. Our staff members are particularly dedicated to investing their personal time and energy in keeping the beaches clean. Together we can preserve the beauty of nature and biodiversity for future generations,” says Anastasia Zoteeva, General Director of AKKUYU NUCLEAR.

The environmental actions to protect sea turtle habitats are intended to raise awareness among the local population, tourists and foreign specialists coming to the region to work at the Akkuyu NPP site under construction about the problems faced by sea turtles.

Dina Levitskaya, Chief Specialist of the Safety Culture Team at AKKUYU NÜKLEER: “I came to the beach today to pick up litter with my son, he really wanted to take part in the action and see sea turtles. There’s a lot of rubbish, of course, but we tried to collect what we could – we picked up a few full bags. Some holidaymakers on the beach encouraged us, and some helped. The more we carry out such campaigns and regularly clean up litter on the beach, the more everyone around us – our colleagues, holidaymakers, local residents – will get involved in this process”.

Azmi Bekler, resident of Kum Mahallesi: “We really need such campaigns, and I am very grateful to those who think about keeping the beach clean and conduct them. We locals really hope that the actions will be regular as well. I’ve been living here for a long time, and many of my neighbors work on the Akkuyu NPP project, among them many Russians who don’t live here as vacationers – they came with their families, they will stay here for a long time. It is nice to see them taking the initiative and personally participating in cleaning up the rubbish. I am sure that this will be an example for many people living here”.

The sandy beaches of Turkey’s Mediterranean coastline are a nesting ground for two species of sea turtles: the loggerhead sea turtle (Caretta caretta) and the green sea turtle (Chelonia mydas). The loggerhead is listed in the International Union for Conservation of Nature (IUCN) Red List as vulnerable and the green turtle as endangered. Both species are protected under the legislation of the Republic of Turkey. 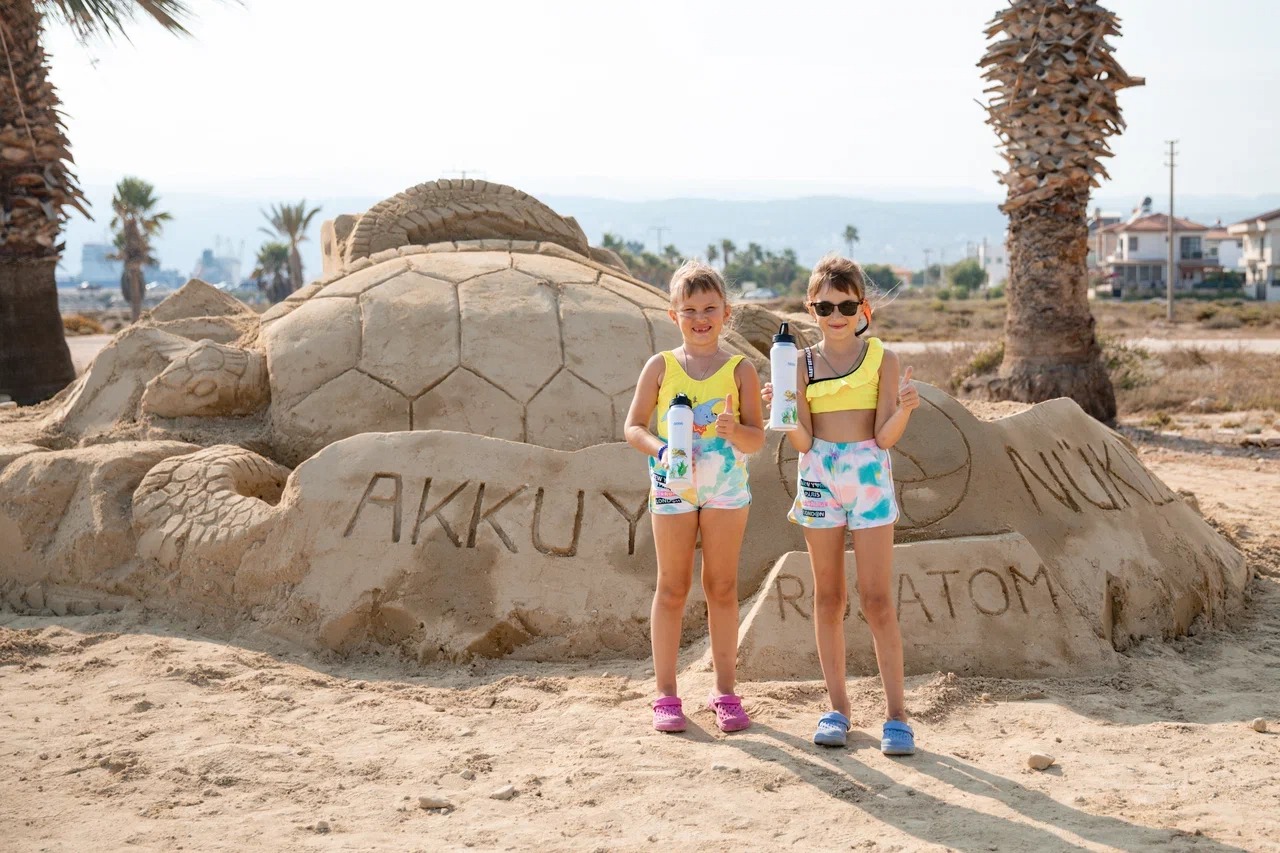