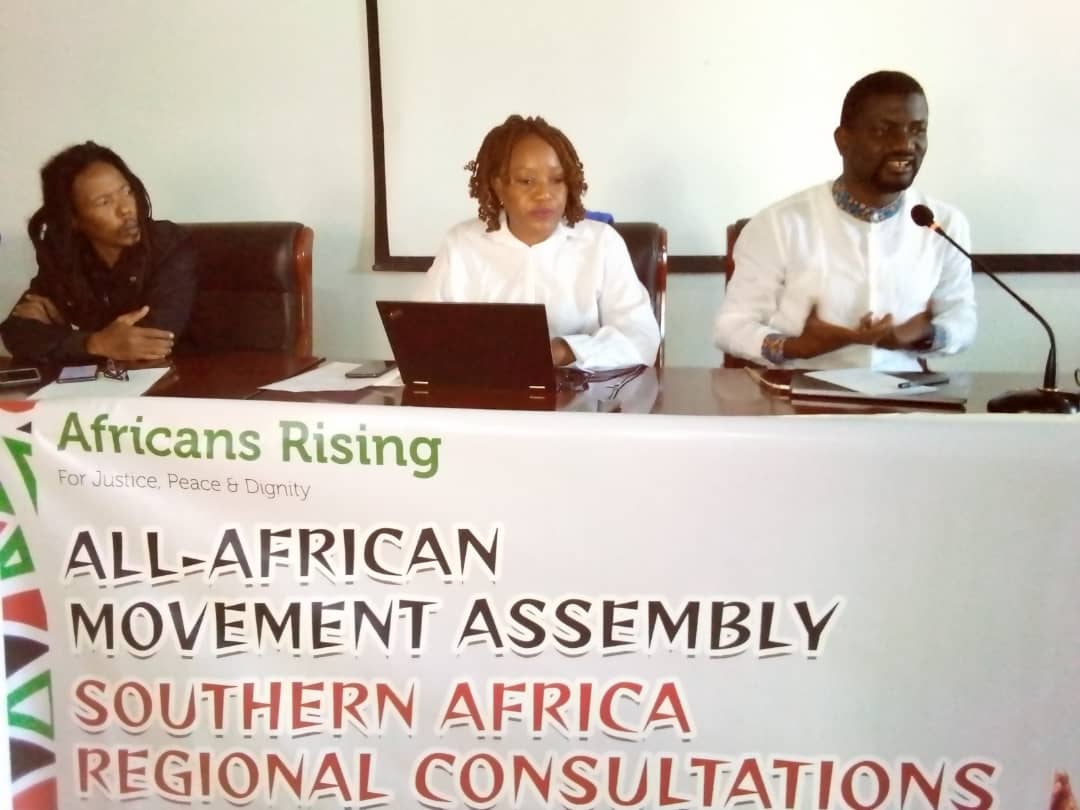 AFRICANS Rising, a Pan-African movement anchored on the promotion of justice, peace and dignity says the continent is heavily endowed with resources contrary to its high poverty levels being experienced, reports Francis Lungu.

Africans Rising movement is currently mobilising and creating awareness of it’s existence and objectives across the six continental regions ahead of the 2022 All African Movement Assembly (AAMA) to be held in Arusha, Tanzania this August.

For southern African the hybrid regional convening has been held today at the University of Zambia main campus in Lusaka.

Speaking at the convening, Africans Rising co-coordinator Muhammed Lamin Saidykhan said the objective of the organisation is to promote justice, peace and dignity in uplifting the welfare of Africans.

He observes that Africa’s combined GDP (gross domestic product) has been recording positives over the years but that the situation on the ground is not matching that growth.

Mr Saidykhan says his organisation is pushing for the continent to brew it’s own home-grown solutions to address the many challenges.

“Africa’s GDP is rising but the question is, is it addressing the education, health, poverty and environmental challenges?” he questioned.

“But these challenges can only be addressed by Africans themselves through knowledge, skills and networking that will economically liberate them,” he said.

He says it is important for the African population of around 1.3billion citizens to hold their respective governments accountable in all the 53 countries.

According to Mr Saidykhan, this can only be achieved when citizens have information around policies and laws formulates by their governments across Africa.

“We can only hold governments accountable through promises made in the policies and laws. Nobody will come from elsewhere to deliver the Africa we want. The Africa we want can only be done through the unification of Africa,” he said.

For Nalucha Nganga Ziba, African Rising treasurer, the role of the organisation is to also try and shape the Pan-African narrative through high level engagement.

“We engage continental bodies like COMESA, EAC, SADC and ECOWAS so that we come up with our own solutions to our challenges like the lowering inflation and yet it does not reflect in the cost of items,” she said.

Ms Nalucha says there is an urgent need to sort out the many problems that have also been exacerbated by the effects of climate change.

“We have witnessed the effects of climate change leading to unstable weather patterns which have contributed to triple effects of poverty, the COVID-19 and unemployment. All these have increased the intensity of poverty across the continent,” Ms Nalucha said.

“Our voices have to be heard through engaging of artists. We also have online events and even through our members in the diaspora,” Mr Akpah said.

The AAMA event to run between 29-31 August is expected to gather 750 participants from across Africa.

Some of the topics of focus at the Arusha gathering will include networking, skills training, gender inclusiveness among others.

African Rising was formed in 2017 when 44 came together to establish the Pan-African movement.
END