A look at Alfred Foloko 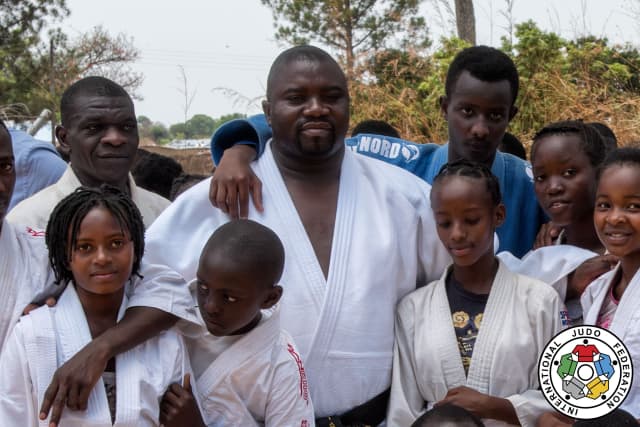 FOR many years, Alfred Foloko has reigned as president of the Zambian Judo Association (ZJA) and on Saturday, 9th December, 2017, became president of the National Olympic Committee of Zambia (NOCZ) defeating then Zambia Amatuer Atheletics (ZAAA) leader, Elias Ng’andu Mpondela.

ZJA through Foloko and peers commit to develop judo viewed as a minor sports discipline through a collaborative effort of the International Judo Federation (IJF).

Though, the dominant sport in Zambia is soccer, the International Judo Federation (IJF) presided over the construction of a national dojo and in October 2017, after a visit to the Maheba Refugee settlement programme, jointly organized by the IJF (Judo for Peace), the ZJA and several crucial Zambian partners including the Norwegian Olympic and Paralympic Committee and Confederation of Sports (NIF) and the ‘Judo for Fred’ commission.

The Zambian Judo Association regularly hosts of the IJF Academy, and seven years ago, in 2015, the ZJA organized within the framework of the Olympic Solidarity, a ‘Development of the local structure’ session, seeking a more structural prepared outfit to face future challenges.

“I stood against the best. It was a stiff competition with Zambia Athletics (ZA) president, Mpondela. We shared successes both in athletics and in judo as we both possess  credentials, but delegates picked on me,” recollected Foloko, who studied at Serenje Boys Technical Secondary School in the Central Province and Semmelweis University, in Britain.

Foloko is worried that national federations aside from soccer do not receive enough support from the National Olympic Committee and that there is no proper communication, thus his vow to act as a bridge.

Foloko is equally placing priority on revising the constitutions, revising the organisation structures and of course develop new policies and introduce strong young capacities for all sports disciplines and will court veteran sports administrators.

In a letter to Mpondela, who had earlier sent a message of congratulations to the re-elected president Foloko, first elected NOCZ President in 2017, the incumbent called for unity and cooperation from the NOCZ membership following his election.

Currently serving as Zambia Athletics’ Association president, Mpondela suffered a comprehensive defeat in the NOCZ Presidential election and blamed the fact he had a lot of “enemies” on his election defeat.

“I’ve had a lot of enemies, you know social media, I have people who call me friends but they’ve given me a character which I don’t have,” cried Mpondela.

Association of National Olympic Committees of Africa (ANOCA) president Mustapha Berrafcongratulated Foloko after he was elected to a second term.

“We learnt with great pleasure that your peers renewed their confidence in you as steward of the NOCZ,” wrote in a letter to Foloko.

NOCZ was created in 1951 as the National Olympic Committee of Northern Rhodesia and recognised by the IOC in 1963 and as an independent country since Saturday, 24th October, 1964, Zambia made its debut at the 1968 Summer Olympics in Mexico City.

Previously, she (Zambia) competed as Northern Rhodesia in 1964, changing its name on the day of the closing ceremony and under the banner of Rhodesia in 1960.

Since 2010, the Committee, in conjunction with the International Olympic Committee (IOC) and the Government of Zambia have operated an Olympic Youth Development Center (OYDC) in Lusaka, Zambia. The center was opened as a pilot project by the IOC and is open to all youth in the country.