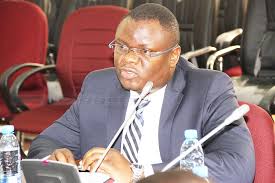 …‘We could not agree on some of the terms’

Production at the over 37-year-old refiner has been reduced to 700 metric tons from its 1.1 million installed capacity following years of low maintenance, inconsistent supply of crude oil and investment in the project, resulting in intermittent shutdowns.

Output decline prompted Government to consider securing an equity partner, arguably to invest a staggering US$650 million to bolster productivity.

IDC, one of the key implementing agencies tasked by the Zambian Government to drive industrialization and create job Creation Strategies with identified growth sectors, says the planned acquisition of the treating equipment is urgent and critical in resuscitating production.

“We have plans to invest an initial US$250 million in Indeni Oil Refinery after discussions with prospective investors failed because we could not agree on some of the terms that they demanded but, we believe that we needed to have a project that can stand on its own feet,” said Mr. Kaluba.

Indeni Oil Refinery needs a further US$400 million to invest in the expansion and meet the 1.1 metric ton output capacity as demand for the refined oil products.

The wear and tear of the plant prompted the Government to consider securing an equity partner to invest in the plant face lift and meet the 1.1 million metric ton output capacity.

However, the objective was not met as prospective investors had their own demands, inimical to the government’s desire hence the decision to use IDC to raise capital.

In November 2020, former energy minister Mathew Nkhuwa announced that the country had secured an investor willing to invest the US$650 to modernise the plant.

Initially, Total had hinted plans to sell its stake to another company but authorities in the country had objected and opted to take on full ownership.

The Ministerial delegation noted that Indeni will be remodeled into a petroleum blending facility, with in-house produced ethanol as one of its main blending products.

And Mr. Davies Tantameni, a union leader at Indeni, exemplifies the positive mood among the workforce – following the announcement by the Government to remodel Indeni so that the end product in the local fuel supply chain, benefits consumers, considerably.

On her part, Ms. Esther Zulu, a Senior Analyst at Indeni Petroleum Refinery, exemplified a positive mood among the 330  Indeni workforce, following the announcement by the Government to remodel Indeni so that the end product in the local fuel supply chain, benefits #consumers.