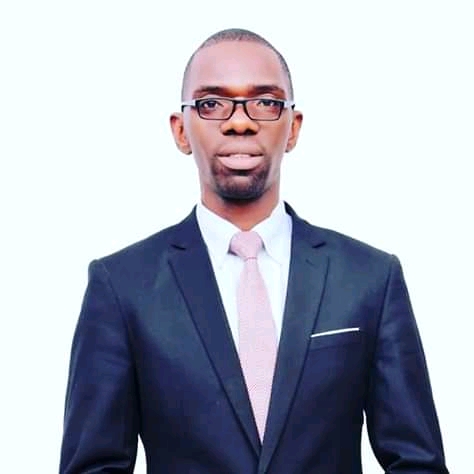 A STRONG rebound in Zambia’s investor confidence has potentially given birth to a huge impetus in seeing a different set of marginal value pegged against this year’s projected Gross Domestic Product (GDP), though we are still seeing an uphill battle to contain inflation, which has been gaining very little traction towards achieving inflationary target range of 6-8%.

Following some essential key economic developments that we have witnessed from metrics such as forex, balance of trade, multilateral engagements of development finance by International Monetary Funds (IMF’s) support base through mechanism such as the injection of budgetary allocations of a special drawing rights of USD1.3 Billion which kicked in last business week among many others, with a probability of an IMF package which now is gaining momentum through the newly appointed Finance Minister Dr. Situmbeko Musokotwane.

Zambia has continuously been observed that copper still has a good uptick record for some time now, and the nation has a seemingly good spin-offs outlook generated from traditional export sales which have triggered improved levels and capacity to the foreign currency access, and this indeed is showing up some relatively good expectations, as it is equally suggestive that a rebound in mineral exports would quietly inspire a stronger rebound in the Zambian economy as opposed to earlier anticipated, especially if only our mining tax regime is favourably anchored with the new national governing team, as they also need to sort out some of the teething issues surrounding key mining ownerships and deals particularly with the case of Mopani Copper Mine (MCM) and the Konkola Copper Mines (KCM) respectively.

Zambia as a nation, at this particular moment needs to foster an exciting monetary policy direction tool which should strongly bring about the much-needed real term economic growth that could seriously impact positively through stimulating critical-economic activities that will easily make a grounded foundation for currency stability and price steadiness, these two being one of the biggest difficulties or factors that remained firmly in defying the country’s forward-looking market expectations.

The forex currency auction has been well-received in few past months though this could have helped to have implemented with a gradual process model of open market operations as opposed to the quicker dilution in the transmission strategy where the market operations were swiftly undertaken especially with the recent intervention that took within mid-month of July, as it had raised some acute political concerns.

Suffice to say that the economy is now seemingly on the right move, we are on the correct trail to seeing some elements of recovery which is coupled with a significant balance recorded in the reserve that has doubled, as it stands out to an equivalent of almost five (5) months import cover, and as a nation we have grown substantially in terms of export base where we have even recorded a steady trade surplus in straight five (5) months since the month of March though lower purchasing index was seen around June. 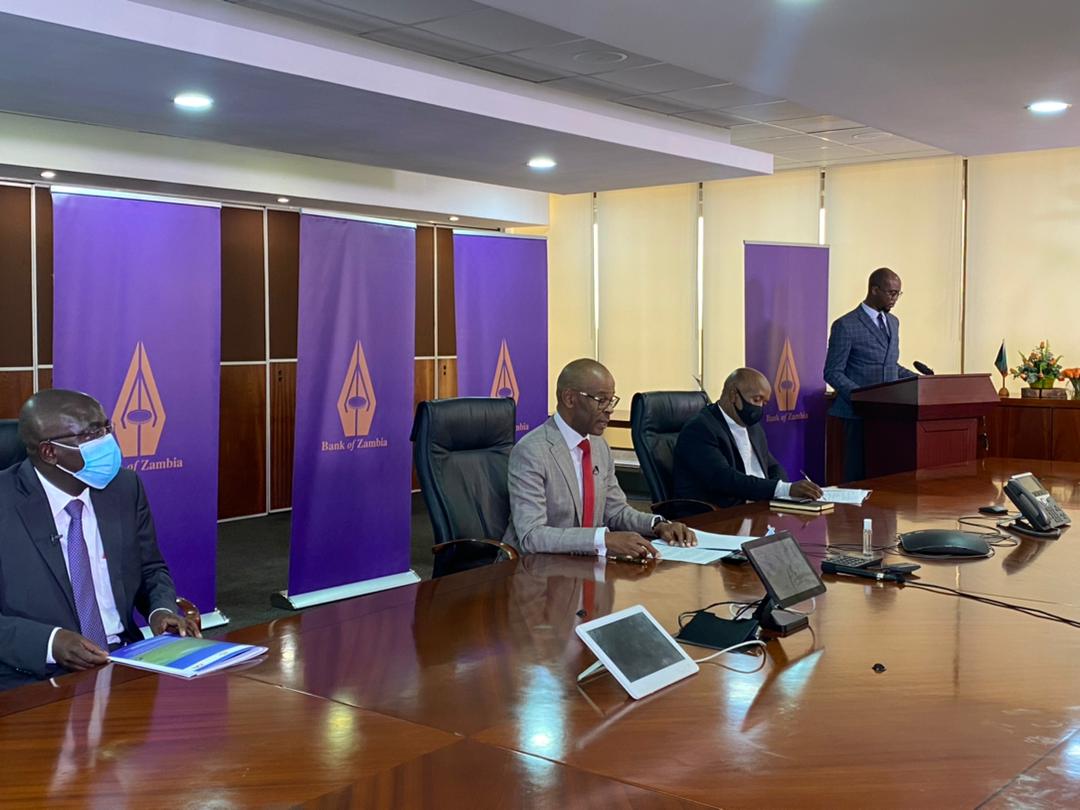 The Bank of Zambia (BoZ) should make import critical goods affordable by precisely monitoring inflationary developments and shapes, which could soon start generating once more from the foreign exchange at the back of a perceived importer demand drive (starting from September up to mid-November). However, it is quite very interesting to state that the foreign currency availability, has intensely been boosted by the recent auction system alongside market interventions which took place some few weeks ago. It is equally gratifying to state that the treasury bills have equally continuously done pretty well, better as compared to the bonds performance levels, and this is a situation which has remained vehemently positive on one hand for a one-year paper coupled with a strong market sentiments following a new political mandate of the United Party for National Development (UPND) Alliance government, a scenario that is now displaying some solid signs of investor confidence exclusively with the biggest case at hand of the Eurobond holders, and the potential investors who have been given an optimistic signal by JP Morgan following political risk reduction. 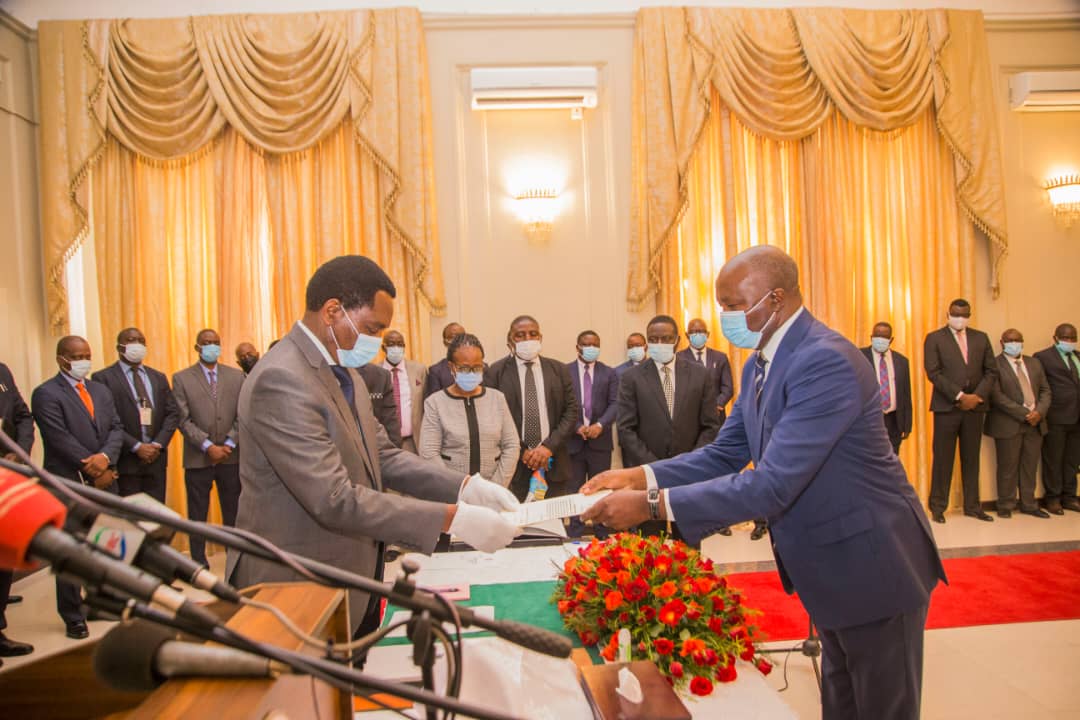 I think at this particular moment, I think what we dearly need to do, is to firmly focus on controlling inflation which is moving slowly and we should try by taking it at least closer to the target lines as projected, through deploying of varying channels to tame it just within some manageable parameters so that at the end of the day the preference (of foreign currency) is reduced as well since the value of the local currency would have gone up beyond this estimated level, given the circumstances that were prevailing prior to elections where key fundamentals remained relatively in poor state of conditions as conflicted with many aspects such as Coronavirus (COVID-19) played its cards among many others.

I further think that the BOZ’s monetary interventions should aim to stay afloat and right on course in aiding both economic growth process and models required in building of the local economy, and the price stability is highly needed to pass-through a smooth effect on most economic agents particularly those sitting right on the key national economic frontiers which includes consumers, going forward the Kwacha is poised to keep appreciating with some token values of fundamental growth, it is expected that the MPR should be maintained to save financial stability or be adjusted upward with a marginal basis point to help in containing some inflationary pressures which have remained heavily persistent for almost three (3) months now in a straight-roll since the month of May/June 2021.

The Bank of Zambia should crack to pursue macroeconomic sustainable models all over again just around the monetary policy framework and strategies, with a view to avoid suppressing on the special needs for liquidity essentials extremely required for running of businesses, the bank should objectively place a singular desire as well for human livelihood safe nets if they looked at an upward adjustment of the rate following the current economic guidelines and circumstances being countersigned with some key sectorial market demands and uptake on critical activities such as the mining, Information Communication Technology (ICT), Agriculture, commerce and trade etc.