Amos Chanda has called the press called to announce his engagement to ruling as party media team responsible for the presidential campaign appointed by Dr. Edgar Chagwa Lungu to head the PF Political and Elections Committee as Spokesperson.

Chanda who is former president Lungu special assistance for press and public relations will be working along with the party secretary general, media director and the party structure to disseminate information to the public beyond Zambia.

In an apparent reference to deployment of the Zambia Army, Chanda said the president had the mandate to ensure peace and when there is a threats, the President is mandated to secure the peace.

He clarified that the high voter turn out in the PF stronghold was done by the vigilant PF that wanted its members to vote and has no apology to make for those that did not utilize the chance to enrol their members.

The party took note of the time table that was made by the government on the registration and when the opposition failed to taken advantage, the ruling party had to fill the void.

“The PF has a formidable political education which was used to ensure that the party receives a favorable outcome,” bragged Chanda.

Chanda clarified that the decision by the President Lungu to deploy the military this time around does not mean that the police have failed to secure the peace.

“It is the mandate of the army to ensure there is peace and stability in the country. The president decided to deploy the military to ensure that the peace which was being put at risk by pockets of violence which led to the killings was curbed,” restated Chanda.

Chanda says the PF equally has issues with the police that they are not fair in their dealing and the party had no option but to request for support of the military and the response was made to their satisfaction of the party.

“The negative coverage of the opposition in the public media has nothing to do with the PF. This is a pure decision of the individual media houses. The PF has taken initiative to ensure that it takes favorable media coverage. The opposition has the liberty to do likewise and when they fail, it is not the problem of the PF but theirs,” argued Chanda.

Chanda disclosed that the government had allowed the election foreign observers to come and monitor elections.

“The negative sentiments made against the foreign observers does not represent the PF,” protested Chanda.

Chanda said in an event that the people decide otherwise, the PF will be humble enough to surrender power the winner.

“But I do not see the people deciding otherwise because the current administration is doing everything possible to bring the future of Zambia back.,” Chanda boasted. 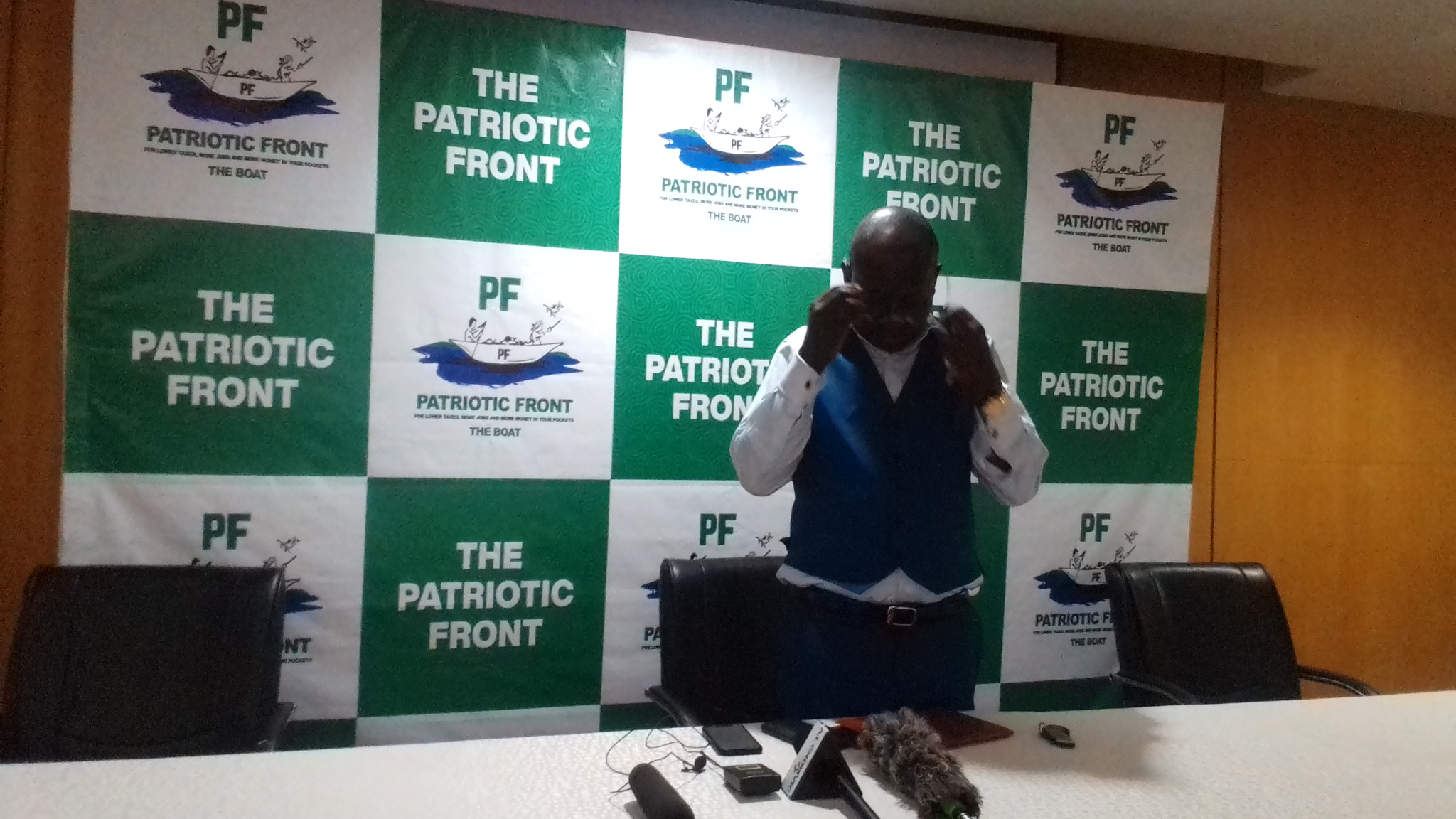