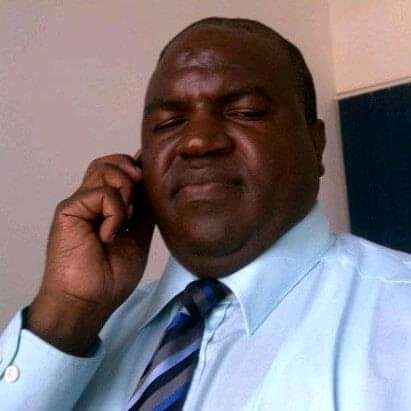 UNITED Prosperous and Peaceful Zambia (UPPZ) presidential aspirant, Charles Chanda in the Thursday 12th August 2021 Presidential, Parliamentary and Local Government election says people are born leaders owing to the fact that he became a bread winner as a six-year-old child.

Now 45, Mr. Chanda nostalgically recollects that upon his father demise in 1974, the unemployed widowed mother engaged the UPPZ leader in selling vegetables and fritters, to supplement domestic income.

As life became unbearable, his mother remarried a petrol attendant, who already had a wife and eight (8) children, and as is the case always, the new male parent was not interested in educating step-children.

“My dad died in 1974 and l was only six years. I had a mother that unemployed. She engaged me in selling vegetables and fritters. That is how we survived. She decided to get married again and unfortunately it was to a man who had a wife and eight children. The man was a petrol attendant and his income unfortunately could not support us that were step children. I continued as bread winner and run family business. From school l used to go to the shop. I had no time to play with other children. My childhood was stolen,” recounts Chanda, describing the herculean task of a six-year-old earning household income, as the greatest training received.

Sadly, the petrol attendant step father quit work and boycotted to work again, pleading with the UPPZ leaders mother to take care of him and five children to feed, when Chanda was in grade nine at Kamwala Secondary School on Lusaka’s Chilimbulu road.

“I took up the challenge to feed an old man with a wife and his own five offspring. Every weekend l was in town and Soweto market making money to feed eight mouths. This is another training l was exposed to and l got a distinction. I have literally taken care of my mother and all her children till today. I have been working for 45 years and surely need retirement,” boasted Chanda, bragging that no presidential candidate that can fit into his leadership path.

Charles Chanda is a UPPZ leader

Chanda reiterates that he personally understands suffering and the good bears solutions to every type of suffering, evident by single handedly taken striving to fight housing poverty, through provision of affordable land.

Tags: and as is the case alwaysCharles Chanda in the Thursday 12th August 2021 Presidentialhis mother remarried a petrol attendantI became a 6-year-old breadwinner –Charles Chanda By Derrick Sinjela in MansaLuapula Province UNITED Prosperous and Peaceful Zambia (UPPZ) presidential aspirantMr. Chanda nostalgically recollects that upon his father demise in 1974Parliamentary and Local Government election says people are born leaders owing to the fact that he became a bread winner as a six-year-old child. Now 45the unemployed widowed mother engaged the UPPZ leader in selling vegetables and frittersto supplement domestic income. As life became unbearablewho already had a wife and eight (8) children