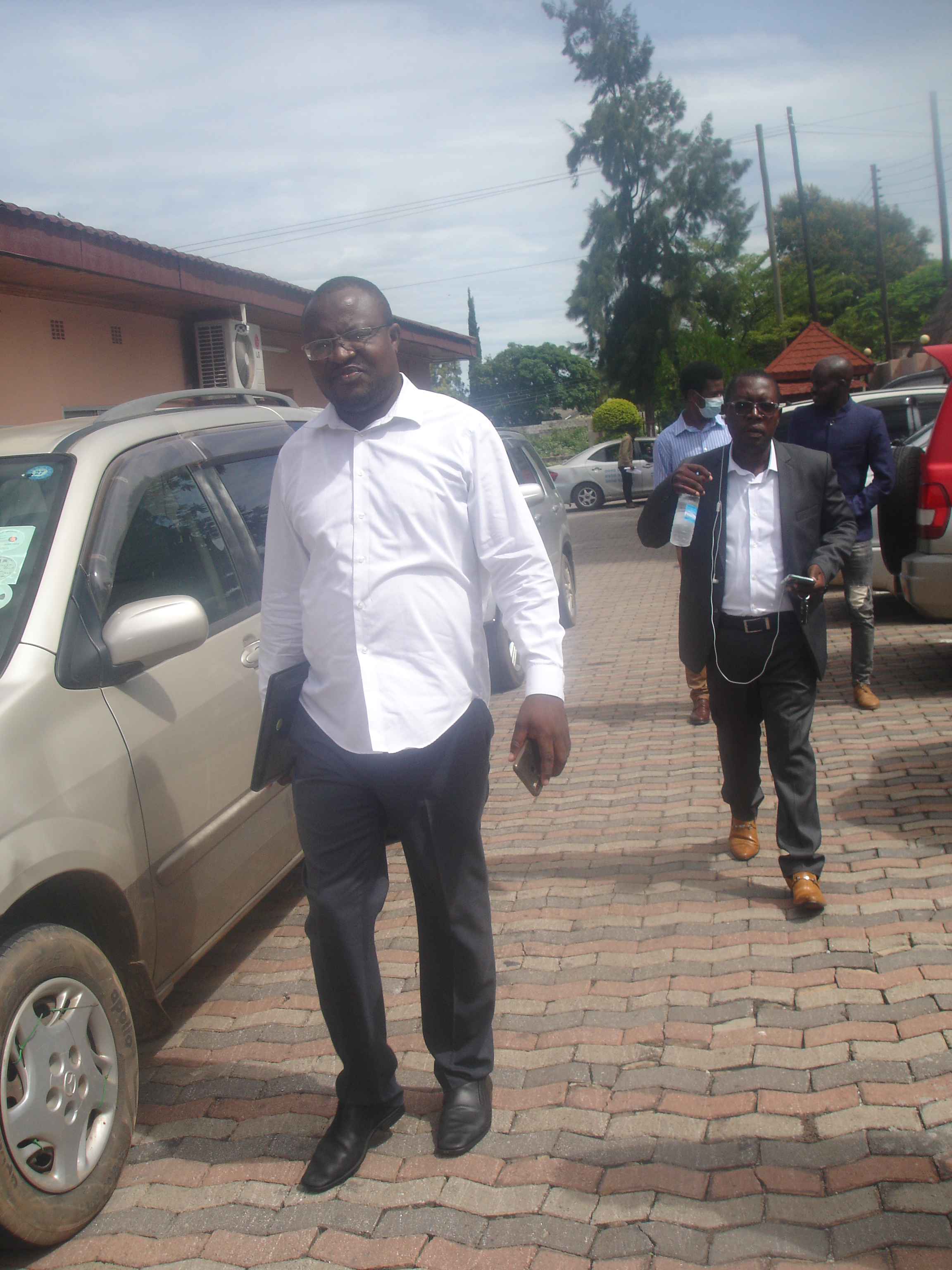 PRESIDENT Edgar Chagwa Lungu’s appointment of Dr. Simon Kamwendo Miti as head of Zambia’s civil service has attracted the attention and some hot debate as expected from modern elites who make speculative rather than evidence-based comments on any person appointed to lead the Zambian civil service.

This rather unproductive debate is largely focused on social media rumour-mongering and uninformed opinion. One would hope that well-read and well-informed Zambians will hail the appointment of Dr. Miti, and therefore will raise the discussion of this appointment above the current debate, to reminding the newly-appointed Secretary to Cabinet of the need to harmonise and achieve coherence between disparate functions and elements that exist in the public sector and, more importantly, rebuilding public confidence and the image and professionalism in the civil service. 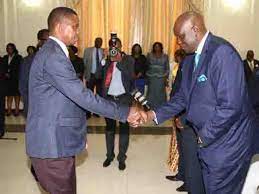 The Work of Secretary to Cabinet

As Dr. Miti assumes office as Secretary to Cabinet after his ratification, he needs to take off the jacket and tie to lead a campaign for delivering results in the public sector.

Indeed, the public will judge Dr. Miti by his capacity to ensure that public services are being delivered to the public in an efficient manner.

Zambian citizens have been reduced to beggars in their own land, so that today, it is an uphill battle for citizens to get services such as quality health, retirement benefits, passport and other legal documents issued by their own government.

One need not remind Zambians of the nightmares of having one’s application for title to land processed at our Ministry of Lands, where it is much easier for foreign nationals to have their applications for title much more speedily processed than for Zambians.

There is need for a Secretary to Cabinet who can spearhead a change of attitude and improve a working culture among our civil servants. It is worryingly common to see our clerical staff, directors, nurses, etc. who report for work late and, instead of beginning the day’s work, run straight to have teas.

Some even enter offices at 08:00 hours but for purposes of leaving a jacket hanging on the back of their chair only to come back later at 17:00 hours to collect their jacket and leave for home, knowing their monthly salary is secure.

Both supervisors and junior officers care less about how long one has to wait in a queue to obtain a service. This needs to change and a new system must be devised to have the public provide feedback on the performance of civil servants.

Under the Kaunda era, civil servants in key offices with daily interaction with the public would not be allowed to stay in one station for far too long. We must replicate that old but efficient system of managing the civil service human resource. 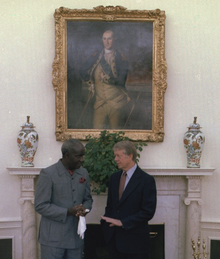 Kaunda and U.S. President Jimmy Carter at the White House in 1978

Does Dr. Simon Miti have capacity to overturn the current culture and workings in the Civil Service?

In order to turn the tide and improve efficiency in the civil service, there is need for a Secretary to Cabinet who is focused and commands knowledge and insights into the broader perspective of public service operations.

The Zambian people deliberately provided, in their national Constitution, the mandatory demand to have a Secretary to Cabinet who has or had at least ten years’ experience as a permanent secretary or equivalent rank.

A civil servant with such experience will be diligent and would have had a proven record of producing results and conversant with the procedures and systems of how government runs.

For the last 17 years, Dr. Miti has worked in three different administrations as a senior public service administrator and is fully acquainted with national planning systems, practices and processes.

In that year, he assumed office as Permanent Secretary at Cabinet Office in charge of administration until 2018 when he was appointed as Principal Private Secretary to the President, a position he currently holds.

In the Mast Newspaper edition of Sunday, 30th June, 2019, we read a screaming headline attributed to one of our political party leaders, calling on the President to reverse the appointment of Dr. Miti as Secretary to Cabinet on grounds that the subordinate court had ordered the arrest of Dr. Miti to answer corruption-related charges brought against him at the time he served as Permanent Secretary at the Ministry of Health.

I took the liberty to go into the archives to find the Judgment in The People vs. Henry M. Kapoko and 10 Others (No. SSY/109/2009) delivered by Subordinate court Magistrate Mr. Exnorbit Zulu which I shared with a few friends and, if given an opportunity to make submissions at Parliament during the ratification hearing of Dr. Miti, will gladly avail the Committee.

Unfortunately, there is nowhere in that Judgment where the learned Magistrate issued any order to the effect that Dr. Miti should be arrested to answer to any charges. As a matter of fact, the last statement issued on this matter in December, 2012 by Timothy Moono, Spokesperson of the Anti-Corruption Commission (ACC), was that Dr. Miti was their key witness in one of the trials.

Dr. Miti should not waste time to legitimise the politics of anyone by suing any politician for spreading malicious falsehood but must focus on his ratification hearing and later the task that awaits him when he finally assumes office.

This development did not surprise me at all because it has become part of the political game in Zambia to bring down any person perceived as a political opponent.

Surely, Zambian politicians need to learn something about our politics and how they relate to our laws: no one is disqualified from holding even the highest office in the land simply because they are facing charges in court, nor can anyone be disqualified because, while facing charges, the case was discontinued by way of a nolle prosequi. One is disqualified only if they have been found guilty by a court of law.

I need not remind fellow citizens that the presumption of innocence, is one of the pillars of our legal system and is in force until an accused person is found guilty and pronounced so by a competent court of law.

Therefore, the call to the President to reverse his nomination of Dr. Miti as referred to above, is unjustified and should not impede Parliament in its consideration of the President’s nomination for the post of Secretary to the Cabinet.

The experience he has, no doubt, has earned him leadership and competencies which would be vital for the operations of the public sector.

The public, however, will be more interested in evaluating Dr. Miti as to whether he would be capable of transforming the public service to make it friendlier to consumers of public services.

The Zambian public deserve better services from public servants and it is the duty of the Secretary to Cabinet to become more accessible to the people. Zambians expects the top civil servant to become the bridge between themselves and their public leaders – appointed and elected. I therefore call upon Dr. Miti to open the door of that office more widely to the public.