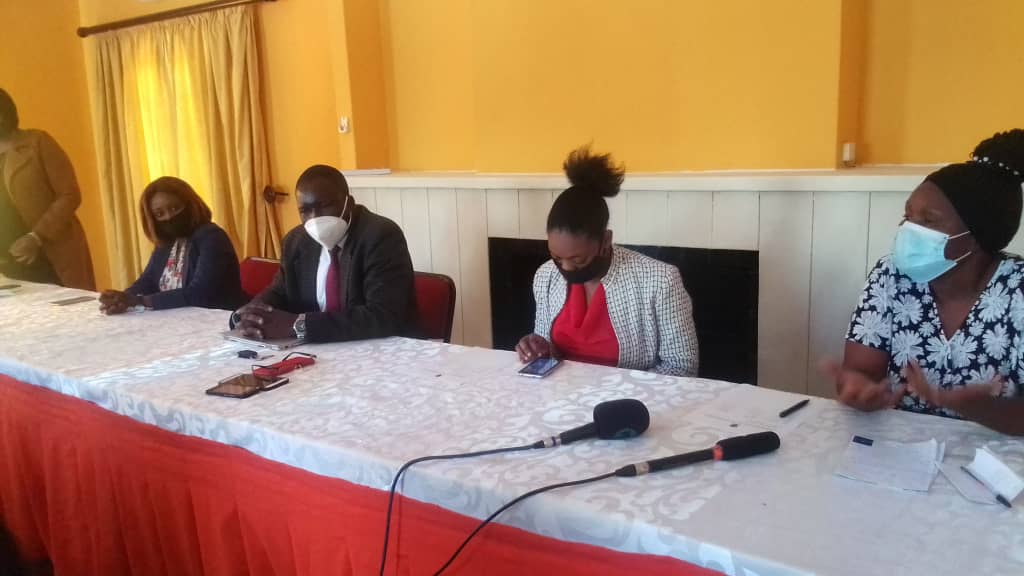 During a Zambia Tobacco Control Consortium Press Conference at Longacres Lodge in Lusaka on Monday 31st May 2021, Mental Health Users Network of Zambia (MHUNZA) Content and Media Manager Mwisala de Villiers reiterated that
MHUNZA greatly supports the slogan ‘COMMIT TO QUIT’ as smoking affects so many people within the mental health community.

While it is a known fact that many with mental illness actually smoke as a means of self medicating, Ms. de Villiers pointed out that they are new findings indicating that smokers are doubly at risk of developing depression or schizophrenia compared to non-smokers.

According to a paper by Lancet Psychiatry published in May 2019, it is stated that “When you smoke and inhale nicotine, it activates the receptor for the neurotransmitter ACETYLCHOLINE which eventually leads to the release of dopamine and serotonin” and because the dopaminergic system is heavily involved in schizophrenia it could be that nicotine and some other components in cigarettes could be disrupting the dopaminergic pathways in the brain that could ultimately contribute to the development of schizophrenia.

Ms. de Villiers lamented that many credulous, gullible and naive people beyond Zambian communities with mental illness continue being encouraged to smoke as a means of self medicating or to relax themselves, while the effect is quite opposite.

Cried Ms. de Villiers: “The initial response is a sense of relaxation due to the nicotine but it is a temporary feeling that soon gives way to withdrawal symptoms and anxiety. It is clear that the chemicals in cigarettes trigger and manipulate the chemicals in the brain thus increasing the likelihood of suffering from mental illness such as depression”.

In a four-point solution, Ms. de Villiers encouraged all smokers this ‘World No Tobacco Day to ‘Commit to Quit’ with the following steps:
“1. Prepare for change – we know that quitting is not something that can be easily undertaken so we urge smokers to start by thinking about Why they smoke, What triggers them to smoke, How much money you spend because of the habit and What you will gain by stopping to smoke?.
2. Community and Caregiver Support- In order to quit smokers need the support of those close to them and the belief that smoking has benefits like relaxing an individual should be eradicated and replaced with facts
3. Finding ways to cope with stress. Person’s living with mental illness should seek medical attention as well as find other coping mechanisms for stress relief such as exercise which also leads to the positive release of dopamine and serotonin
4. Be prepared for Withdrawal Symptoms – Quitting smoking can leave one feeling miserable but by preparing and changing your diet to accommodate more fresh juice and water and eating more high fibre foods while reducing caffeine and refined sugar one can combat and cope with withdrawal symptoms”.

Ms. Villiers implored smokers and Zambians as a whole to remain committed to living a better life, not just for themselves but for others through heeding MHUNZA’s calling for all smokers to ‘Commit To QUIT’.