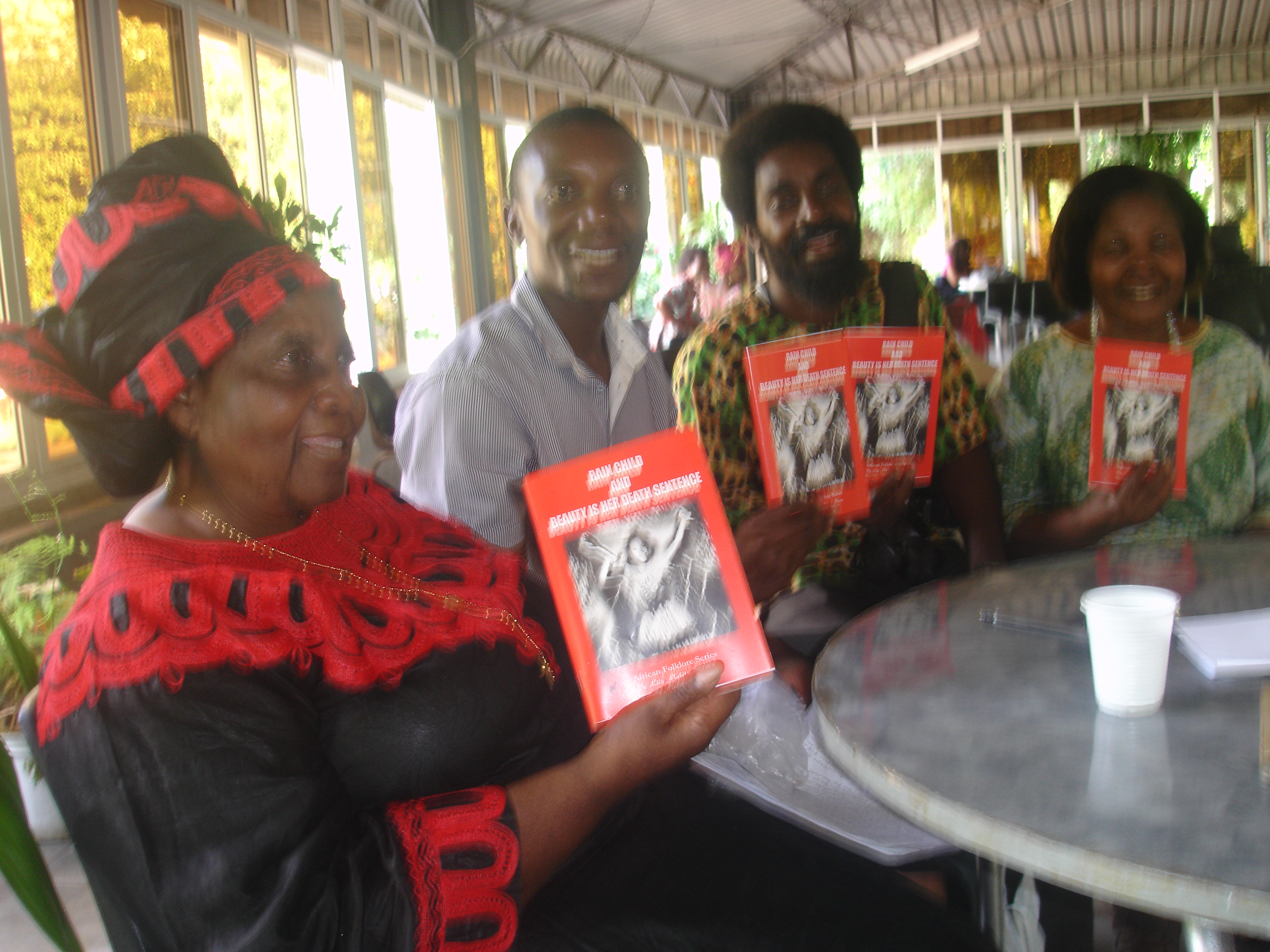 Ambassador Lily Mubitana Monze, one of Zambia’s 100 graduates at Independence in 1964 of which she was among the first five female graduates, from Chipembi Girls Secondary School in Chief Chamuka’s Central Province area has just written a book entitled ‘Rain Child and Beauty Is Her Death Sentence’.

The African folklore series dubbed a premier production has two fictional stories, have high moral content and are quite gripping both young and old, was launched by Non Governmental Coordinating Council (NGOCC) Chairperson Sara Hlupekile Longwe.

“African folklore is part of our proud cultural heritage. Since the art of passing it on orally is dying out, this book is part of an attempt at preserving the material in a permanent way. The stories will also boost the repertoire of indigenous reading material in our educational institutions, homes and libraries,” said an elated Mubitana Monze.

“We need to see a lot of people taking a role as publishers. A birth of publishers ready to scout for manuscripts and advancing money to identified individuals will motivate budding authors,” Sinjela, a Journalists Against Piracy in Zambia (JAPIZ) Secretary General admonished.