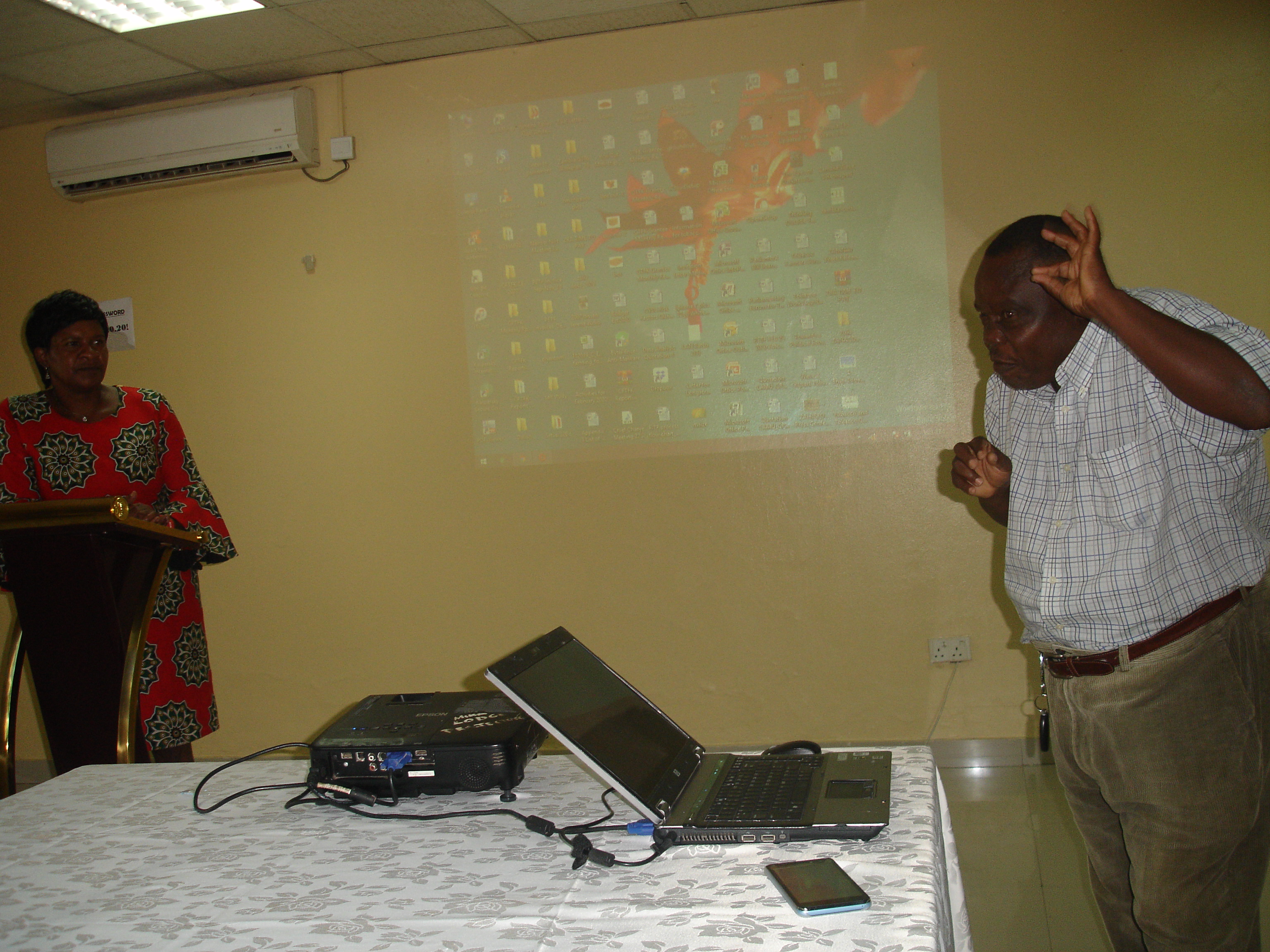 By Maria Sunga and DERRICK SINJELA

Zambia Media Network Against Tobacco (ZAMNAT) President Paxina Phiri is disappointed at the way the United Party for National Development (UPND) ‘New Dawn Alliance Administration’ is treating the Tobacco Control Bill as indulgence with the tobacco industry is clearly evident.

In a Wednesday, 21st August, 2022 Press Statement -, a worried Ms. Phiri said it is shocking to note that the tobacco industry through the Zambia Chamber of Commerce and industry (ZACCI) invited the Ministry of Health to a round table meeting when the government, according to article 5:3 of the World Health Organizations Frame Convention on Tobacco Control (WHO/FCTC) which Zambia ratified in to in 2008, forbids the UPND Alliance New Dawn Administration from having private meetings with the tobacco industry.

Ms. Phiri is perturbed to learn that the tobacco industry managed to deceive participants to a meeting purportedly promoting growth of tobacco to actually discussing how Members of Parliament (MP’s) and other stakeholders can shoot down the Tobacco Control Bill.

“We do not see how they should be trying by all means to stop a bill that is beneficial both to the people of Zambia and the economy. Why they are afraid of this bill is the question that the UPND Alliance New Dawn Administration must seek to know.Our appeal through this statement to our dear President to protect the people of Zambia from the devastating effects of tobacco as Zambia loses over 7,000 every year and the government spends over K2.8 billion which is 1.2% of Zambia’s Gross Domestic Product (GDP) to treat tobacco related diseases every year while the tobacco industry only contributes 0.4% to Zambia’s GDP. Mr. President Sir, you have a constitutional obligation to protect the lives of the people that put you in power,” prayed Ms. Phiri, as ZAMNAT President, whose members are drawn from electronic, print and online media that is both privately and publicly owned. 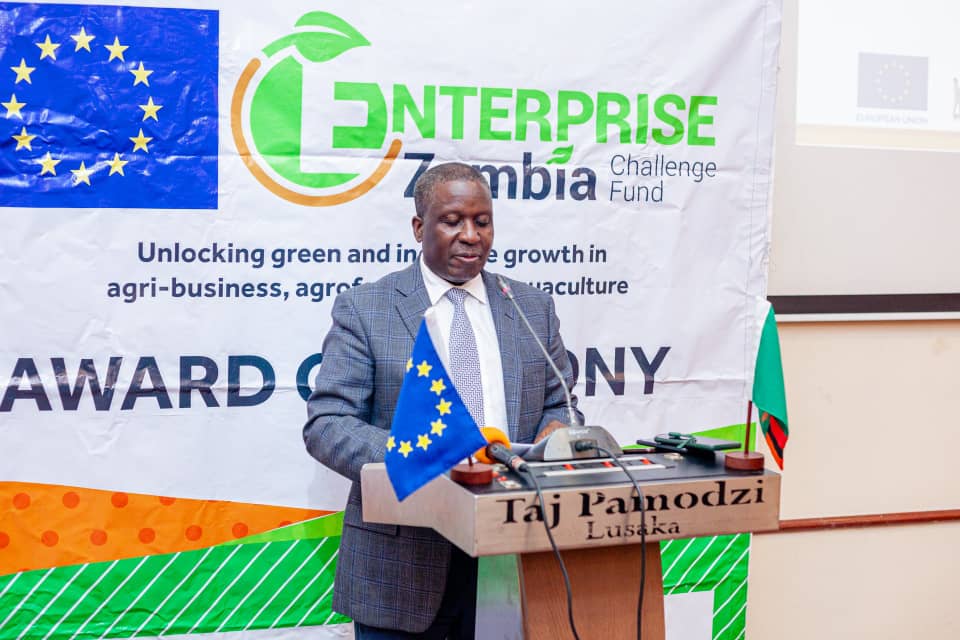 Ms. Phiri reiterated that ZAMNAT and a cross section of stakeholders are privy to information that when a Cabinet Memorandum (Cab Memo) was circulated, the bill got a 92% vote backing to have the bill domesticated.

“We are wondering why the bill is still being delayed by the tobacco industry interference. The majority vote wins, just like the presidential majority vote put you into power Mr. President. We pray that you will attend to this bill without compromising with the tobacco industry as they do not mean well for the people of Zambia. We do not think that health matters should be debatable by the same people who are killing the people of Zambia. Tobacco is a serial killer. Please Mr. President protect our present and future generations by speeding up the process to have this bill in Parliament in the current session.
An impact assessment was done on this bill and submissions were made that Zambia stands to gain when this bill is passed and this was the first health bill to be subjected to this assessment.
We have seen other bills from the Ministry of Health get Cabinet approval but why is the Tobacco Control Bill receiving such attitude from the New Dawn Administration? This Bill is to protect the lives of the people of Zambia and also our environment and economy as tobacco is not good for anything apart from killing people. Tobacco has no other use apart from killing people and causing devastating effects to our environment. 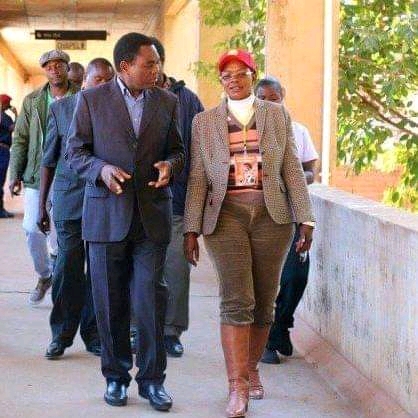 Tobacco Industry Influence in Emerging Markets like Zambia is to prevent, stall and circumvent legislation. They do not mean well for the people of Zambia. The tobacco Act and the Tobacco Control Bill are two different which do not conflict with each other at all. The tobacco Act is about production of tobacco and the Tobacco Control Bill is about the control of consumption of tobacco,” Ms. Phiri petitioned President Hichilema, who is currently in the United States of America (USA), attending the 77th Session of the United Nations General Assembly (UNGA 77), themed: “A watershed moment: transformative solutions to interlocking challenges.” which opened on Tuesday, 13th September 2022, and held a high-level General Debate on Tuesday, 20 September, 2022. 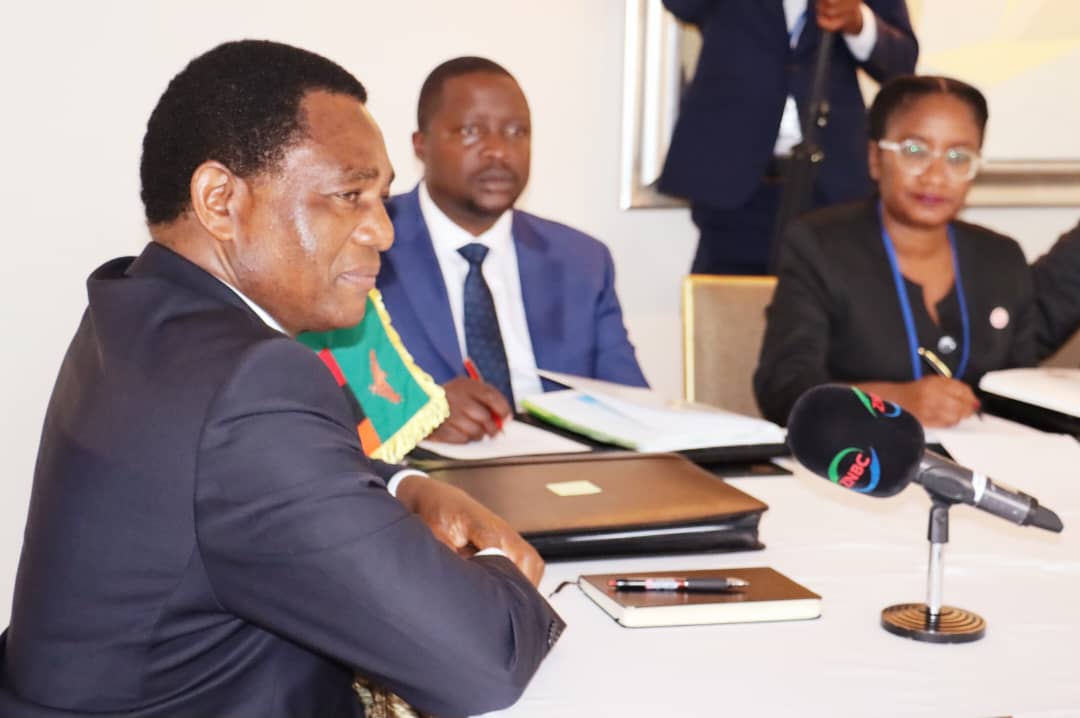 President Hichilema in the USA

Stressing clarity, Ms. Phiri made it clear that any use of any tobacco product is unsafe for present and future generations, pointing out that many unsuspecting users are using multiple products, which typically contain nicotine and several other harmful ingredients.

Giving an advisory, Ms. Phiri implored policy makers, parents and teachers to know how dangerous use of nicotine in any form bears on a child.

Ms. Phiri reiterated that nicotine is highly addictive to the extent of harming brain development, learning, memory, and attention to children and adults.

Ms. Phiri says Tobacco use is a leading cause of preventable deaths and diseases in Zambia and cigarettes are still the most commonly used tobacco product among middle primary and high school student. 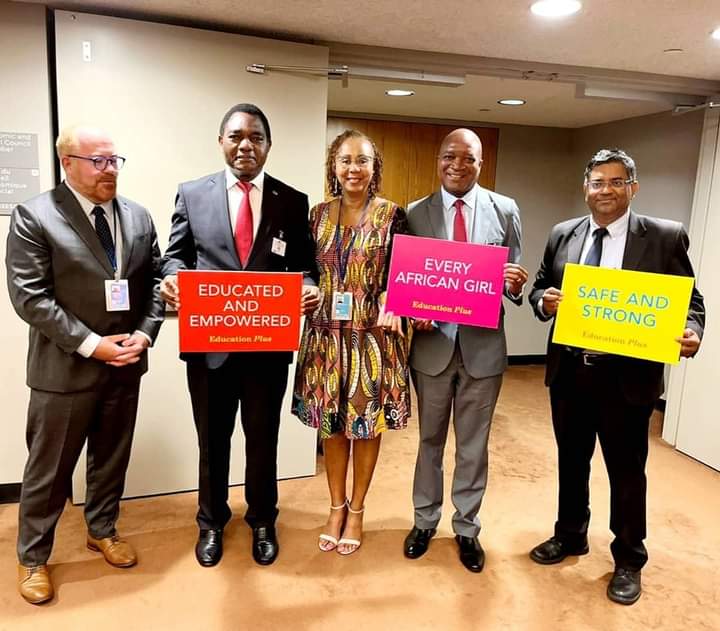 Ms. Phiri is concerned that smoking cigarettes among the nation’s youth has reached unprecedented and epidemic proportions and those using products with nicotine are glued to it more often as a lifestyle.

“We know that an ounce of prevention is worth a pound of cure and that the vast majority of adult tobacco users begin during adolescence and so this is a critical period in terms of intervention to ensure that we prevent kids from using all forms of tobacco products,”advised Ms. Phiri. 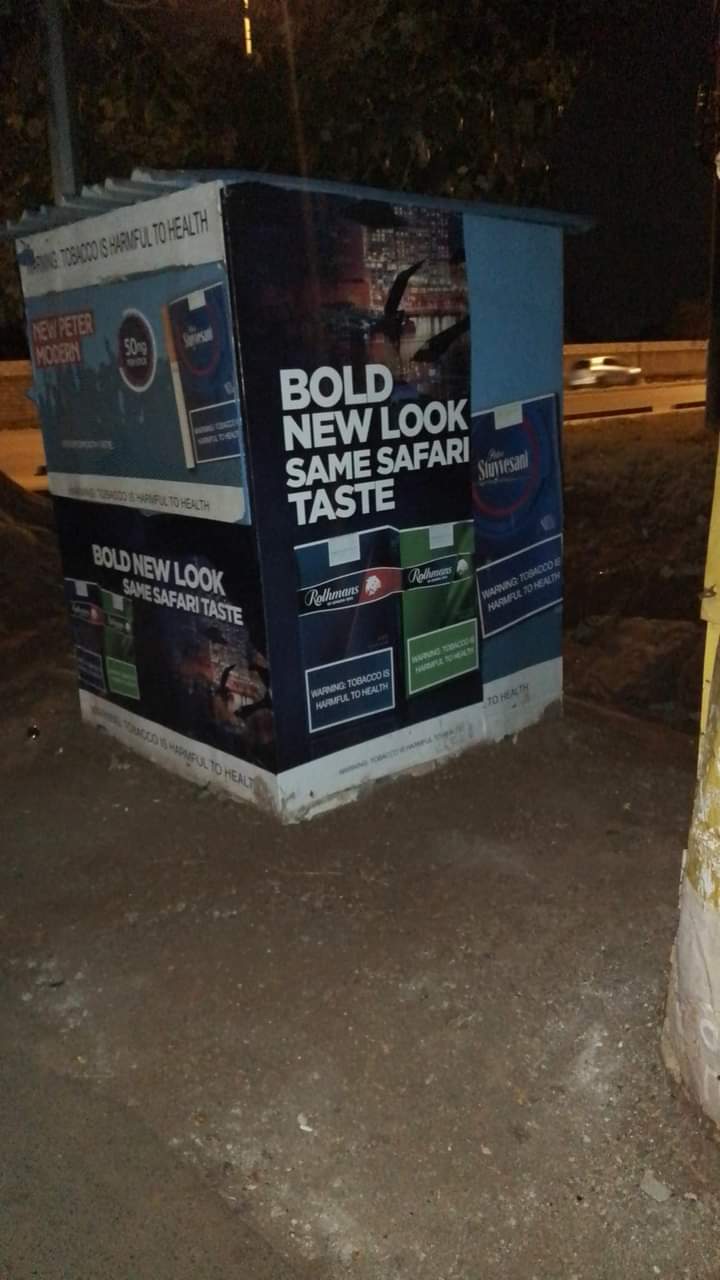 Tobacco being sold near Mkandawire Primary School on Burma Road, Lusaka, Zambia.
Local Government and Rural Development Minister Gary Chilala Nkombo, Education Minister Douglas Syakalima and Health Minister Sylvia Tembo-Masebo must intervene as tobacco companies are increasingly targeting school going children. If it is not school children being targeted why is the cigarette shop closed on a day and time of people knocking off from work and always open during learning hours. Time has come for Zambia to ban the sell of single cigarette sticks, now selling at K1 per stick! – July 29th, 2022 Picture by Derrick Sinjela Rainbow Zambia

Ms. Phiri says supporting the passage of the Tobacco Control Bill is the wisest thing that the UPND Alliance New Dawn Administration can give to the people of Zambia.

Ms. Phiri wondered just why the UPND Alliance New Dawn Administration had kept quiet on the tobacco control bill, when 7, 142 lives are lost to tobacco every year and above 800 citizens dying as a consequence of secondhand smoke.

Grieved Ms. Phiri: “Who is it that is protecting the tobacco industry and neglecting the lives of the Zambian people just because of money? And how much money does Zambia get from the killer industry? Is there any amount of profit going into any company worth losing our people to tobacco every day?”

Ms. Phiri called on the people of Zambia to rise up and support domestication of the Framework Convention on Tobacco Control bill as once enacted will protect present day and future generations. 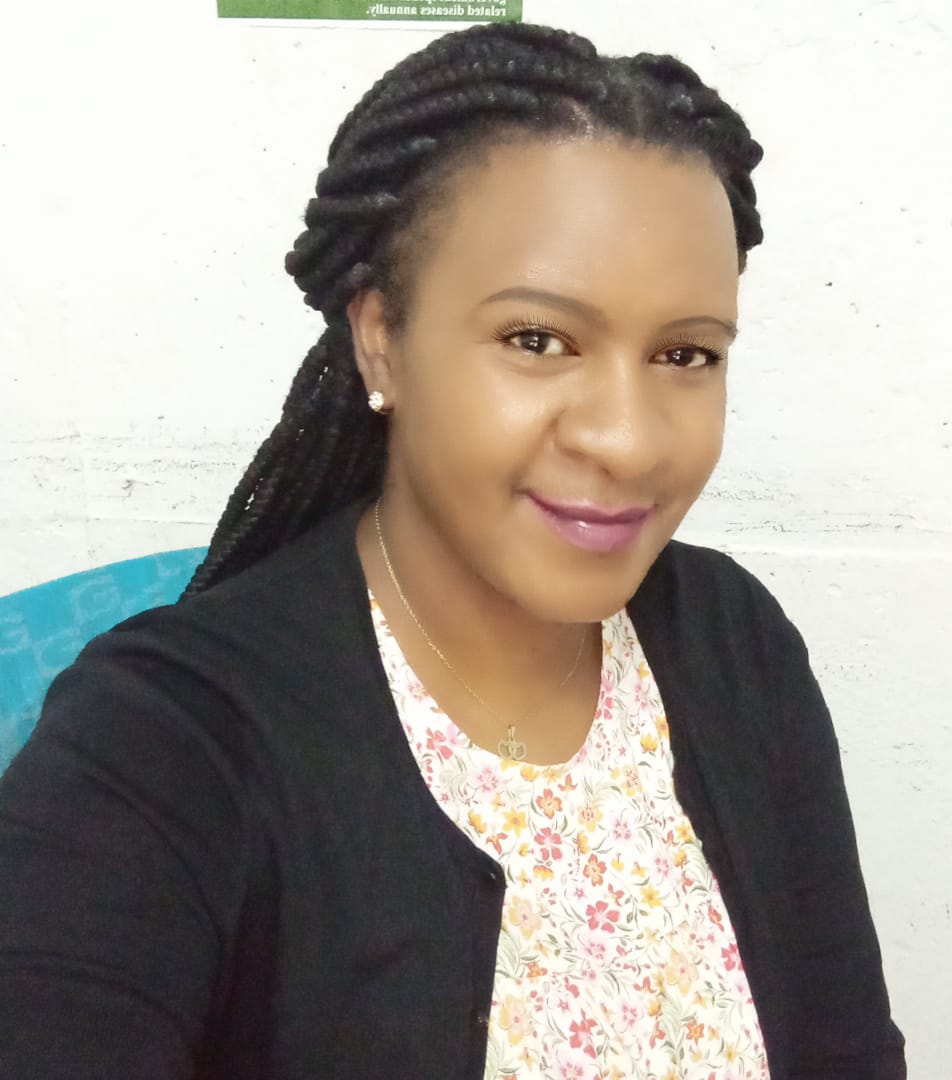