ON SOVEREIGNTY [The Curious Case of Hakainde HICHILEMA’s Mind Bent] 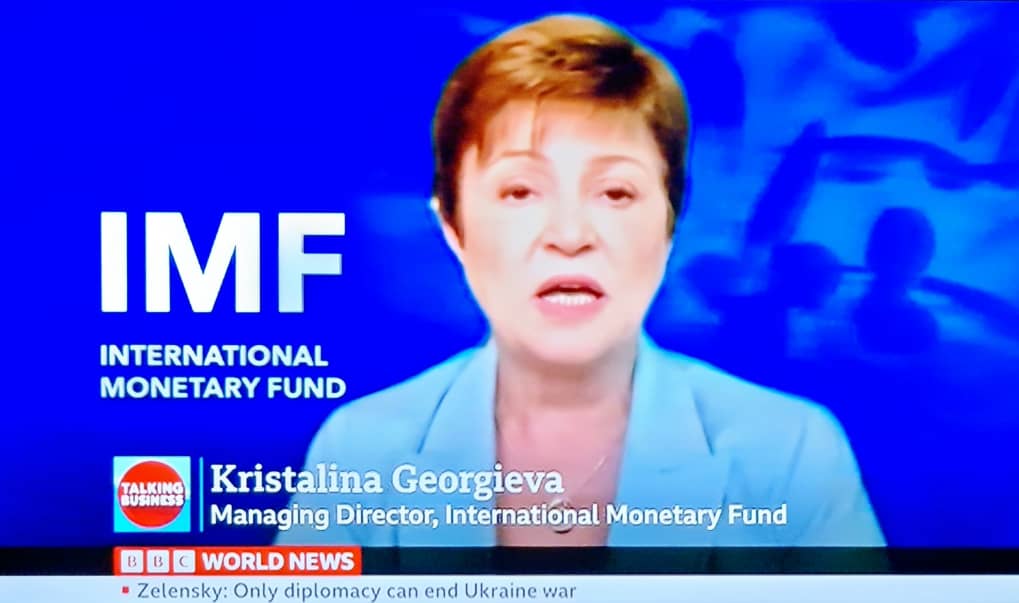 Kristalina Ivanova Georgieva-Kinova (Bulgarian: Кристалина Иванова Георгиева-Кинова; born Thursday 13 August 1953)[1] is a Bulgarian economist serving as chair and managing director of the International Monetary Fund since 2019. She was the Chief Executive of the World Bank Group from 2017 to 2019 and served as Acting President of the World Bank Group from 1 February 2019 to 8 April 2019 following the resignation of Jim Yong Kim. She previously served as Vice-President of the European Commission under Jean-Claude Juncker from 2014 to 2016.

We may be black but trust us.
We too know things.

Besides, let us respect our flag.
Black is there for a reason.

As we keep saying, knowledge is neither British, Chinese nor American. It isn’t even African. It is universal.

We told Hakainde HICHILEMA to maintain subsidies on agriculture/food and energy. He did NOT listen.

Instead, he listened to the IMF as if this was their country.

As instructed by the IMF, he removed the subsidies.

And the suffering began.
Abandoning his own pre-election promises, he opted to bring hell to Zambia.

I can hear them cry everyday.
The citizens are gnashing their teeth in these compounds.

As a consequence, the cost of living rose so high that Laura MITI, from his own praise team, lamented that it was killing citizens.

But now the IMF has come full circle, it now agrees with us.

Indeed, governments must subsidise food and energy, they say.

Though they recommend direct subsidies even of the consumptive kind, we do not.
We say primarily at production level.

What now, HH?
What are you going to do now, my friend?

Bring back the subsidies? Of course.
But what about the lives that we have already lost because of your austerity policies/measures?

See now?
You have egg on your face.

Do the right thing, my man.

Listen to us the citizens. This country is ours.

When we say that there is a linkage between race and economics, we know what we are talking about.
We see in the dark.

We may be black but trust us.
We too know things.