*Stateless Rwandan refugees are nomads ‘in orbit’ as they wander the globe, fearing retribution* 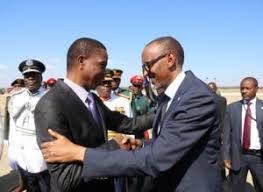 *Stateless Rwandan refugees are nomads ‘in orbit’ as they wander the globe, fearing retribution*

_By: Dr Callixte Kavuro is a post-doctoral fellow in the Department of Public Law at Stellenbosch University._

Rwandan refugees, in particular Hutu refugees, have been victims of physical attacks planned and perpetrated by their home government for more than two decades.

They fled their home country because of inter-ethnic conflict and the Tutsi minority-dominated government’s desire to control the Hutu majority, who are blamed – as a group – for having committed genocide against the Tutsis. As a result, they are hunted down. The fact that potential Hutu refugees are being tracked for elimination compels them to be always on the run. Unsurprisingly, they have become refugees in orbit.

According to the European Commission, “a refugee in orbit” refers to “a refugee who, although not returned directly to a country where they may be persecuted, is denied asylum or unable to find a state willing to examine their request, and are shuttled from one country to another in a constant search for asylum”.

In a similar fashion, Hutu refugees have become refugees in orbit due to their desperate journey to seek asylum in distant countries due to fear of being assassinated or abducted by spies from their home government. They keep moving. They have become nomads in their attempts to find a secured asylum.

Hutu refugees are invisible in host communities because they refrain from engaging in activities that may expose their status and identities. They are targeted and assassinated everywhere, including in South Africa.

Although Hutus are the main target, Tutsi refugees, who fell out with the Tutsi-dominated regime and oppose or criticise its autocracy, have also been assassinated. These assassinations led to the closure of the Rwandan embassy in Pretoria and to the reluctance of the South African government to issue visas to Rwandans who wish to visit the country. International ties have been severed simply because the Rwandan government has consistently disrespected South Africa’s territorial integrity.

Despite these developments, Rwanda’s Tutsi-dominated government used the country’s economic progress to convince the United Nations High Commissioner for Refugees (UNHCR) and host countries that Rwanda was safe for Hutu refugees to return. Consequently, the UNHCR declared in September 2002 that Rwanda was a safe country for the return of refugees.

This declaration led to negotiations and conclusions of tripartite agreements between the UNHCR, Rwanda and a number of African countries hosting Rwandan refugees.

The first countries to sign the tripartite agreements in 2002 were the Central African Republic (CAR), Burundi and Tanzania. This was followed by the conclusion of similar agreements with Zambia, Congo-Brazzaville, Uganda, Malawi, Namibia, Mozambique and Zimbabwe in 2003 and, finally, South Africa in 2004.

Implementation of these agreements was therefore incorporated under the 2004 Dialogue on Voluntary Repatriation and Sustainable Reintegration in Africa, which focused on the massive repatriation of refugees in nine African countries – Angola, Burundi, the Democratic Republic of Congo (DRC), Rwanda, Eritrea, Somalia, Sudan, Liberia and Sierra Leone.

With regard to Hutu refugees, host countries were expected to implement the agreements in compliance with the UNHCR’s Implementation of the Comprehensive Strategy for the Rwandan Refugee Situation, including the agency’s Recommendations on the Applicability of the “Ceased Circumstances Cessation Clause” of 30 December 2011 (the “Comprehensive Strategy”).

This Comprehensive Strategy was supposed to lead to the cessation of refugee status of Rwandan refugees by 30 June 2013. Unfortunately for the refugees, this didn’t happen as the date was further postponed to 31 December 2017. One could argue that the Comprehensive Strategy has had a negative impact on the asylum enjoyed by the Hutu refugees who are unwilling to return.

Despite the cessation clause being in force, African countries couldn’t reach an agreement on what should happen to Hutu refugees. For example, the Zambian government opted for local integration through naturalisation, whereas its Ugandan, Malawian and South African counterparts indicated that they would not expel those who are not ready to return voluntarily. Zimbabwe and the DRC were ready to expel.

As time went on, African countries showed no political willingness to implement the cessation clause even when it became known that Rwanda was a minority-controlled military state where ordinary people disappeared daily, either because of being Hutu or because of their political beliefs.

It is important to point out that South Africa did not heed the call to implement the Comprehensive Strategy on two main grounds: 1) it was discriminatory; and 2) discrimination was a tacit admission that Rwanda is unsafe.

In 2013, Dr Naledi Pandor, the home affairs minister at the time, stressed that the Comprehensive Strategy was discriminatory in nature as it applied to, first, Rwandan refugees who sought asylum in African countries; and second, to those who fled Rwanda before 31 December 1998. The pertinent questions were why this strategy singled out those refugees who fled Rwanda before 1998 and why it targeted those refugees on the African continent.

The truth is that the Rwandan government was indeed targeting those Hutu refugees who fled the country between 1994 and 1998. They are politically portrayed by the Rwandan government as fugitives or génocidaires who are running from a crime. Yet, Hutu refugees on the African continent were targeted simply because African countries tend to listen to international organisations. We shouldn’t be surprised that the UNHCR has been used as a political tool to continue the oppression of Hutus beyond Rwanda’s borders.

Hutu refugees are being hunted down because they are witnesses to heinous atrocities committed by the Rwandan Defence Force (RDF) prior to, during and after the 1994 genocide. The RDF committed these crimes during its guerrilla war as a rebel group under the banner of the Rwandan Patriotic Army between October 1990 and July 1994.

After ascending to power in July 1994, the RDF invaded the DRC to repatriate Hutu refugees en masse. In December 1996, their refugee camps were bombed. Shells and mortar were deliberately fired into densely populated refugee camps, killing many Hutus. It is crucial to note that similar military operations were used to close down the internally displaced camps that accommodated Hutus.

Although some scholars have classified these atrocities as “genocide against Hutus”, the Rwandan government has denied it. This issue of genocide is, however, noted by the UN Mapping Report of 2010, which states that Hutu refugees were rounded up by the RDF and executed. Fearing for their lives, they embarked on a long and arduous journey across the dense forest of the DRC towards Angola, the CAR or Congo-Brazzaville as they sought asylum somewhere else. They ended up scattered all around the globe.

There is an urgent need for African countries, including South Africa, to recognise the pain and suffering of these refugees and thus bring an end to their protracted refugee situation which has had a negative impact on their children in particular. They can do so through local integration by granting these refugees permanent residency and naturalisation. This can help to alleviate their plight and restore their human dignity.

Without lasting solutions to their refugee situation, the lives of these people remain at risk because refugees are politically vulnerable and thus easier to be victimised by anyone, including their own government from which they have fled. DM 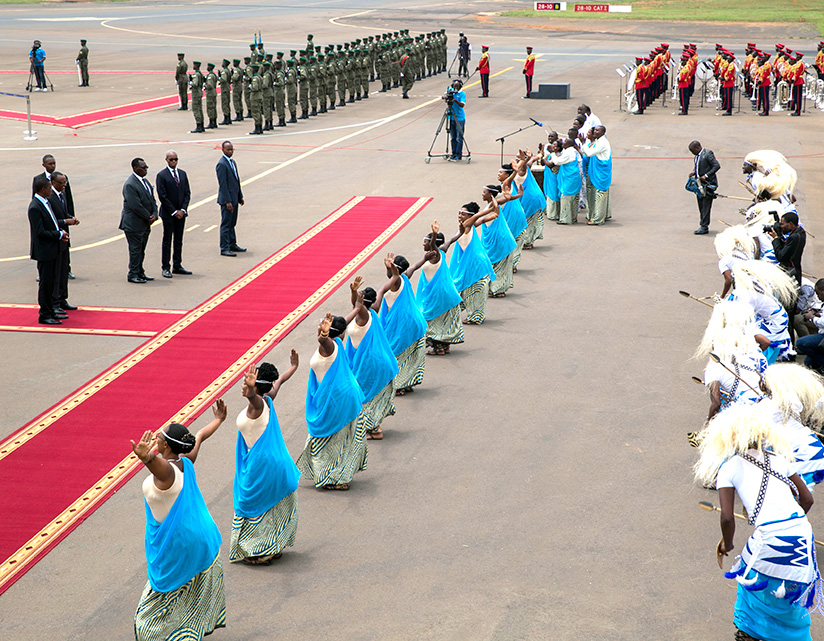 A cultural troupe was on hand to welcome President Lungu to Rwanda at the Kigali International Airport yesterday. (Village Urugwiro)