Rekindling lifestyle audit of public officials, Chapter One Foundation (COF) Limited Executive Director Linda Kasonde is seeking strict adherence to ‘Declaration of Assets, Liabilities, and Sources of Income by Public Officials subject to the Parliamentary and Ministerial Code of Conduct.

As Chapter One Foundation Limited promotes and protects human rights, human rights defenders, constitutionalism, social justice, and the rule of law in Zambia, primarily through strategic litigation, advocacy, and capacity building, Ms. Kasonde reiterated COF aim to uphold and protect the Constitution and the rights, and ultimately free the space for Zambians to fully participate in the democratic governance of the country. 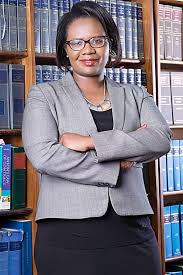 In a Sunday, 6th March 2022 Press Statement on the Declaration of Assets, Liabilities, and Sources of Income by Public Officials subject to the Parliamentary and Ministerial Code of Conduct, Ms. Kasonde recollected Press statement dated Thursday, 3rd February 2022, we detailed the judgement of the Constitutional Court issued on 2nd February 2022 which saw no conflict between Article 261 and Article 263 of the current Constitution.

“Subsequently, the Speaker, Deputy Speakers, and Ministers are obliged to follow the Parliamentary and Ministerial Code of Conduct (the ‘Code of Conduct’) requiring the annual declaration of assets, liabilities, and sources of income to the standard set in the Code of Conduct,” noted Ms. Kasonde, the country’s former First Female President of the Law Association of Zambia (LAZ). 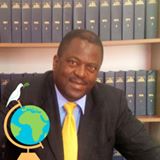 In monitoring declaration of assets, liabilities, and sources of income by these public officials, Ms. Kasonde’s COF  wrote Chief Justice Mumba Malila SC requesting to inspect the Declaration of Assets, Liabilities and Income register that is held in his office. It is in this register that officials to whom the Code of Conduct applies to register their declarations in compliance with Section 10 (1) and (2) of the Code of Conduct which provides that:

“(1) This section applies to a Ministerial office or the office of Speaker or Deputy Speaker, and in this section a person holding such an office is called ‘an Officer’. (2) An Officer shall- (a) within thirty days after his appointment; and (b) within thirty days after each anniversary of his appointment to the office concerned;  submit to the Chief Justice an annual declaration of assets, liabilities, and income in accordance with this section. (3) An annual declaration shall fairly state- (a) the value of the assets (other than personal and household effects) and liabilities of the Officer as at the declaration date; and (b) the total income of the Officer, together with his income from each source, for the twelve months preceding the declaration date”.

A COF  search revealed that of thirty-eight people required to adhere to the Parliamentary and Ministerial Code of conduct, who include the Speaker, Deputy Speakers, and all Cabinet and Provincial Ministers, only the Minister of Justice, Mulambo Haimbe, and the Minister of Defence, Ambrose Lufuma are fully compliant.

We are of the view that all those who assume public office must be prepared to be open to greater scrutiny than ordinary citizens. The requirements under section 10 of the Parliamentary and Ministerial Code of Conduct seek to ensure that public officials must account for all the wealth they accumulate whilst in office in the interests of transparency and accountability. This is to prevent corruption amongst public officials. We urge all public officials that are subject to the Parliamentary and Ministerial Code of Conduct, who have been found wanting, to fully comply with the requirements of the Code of conduct as soon as possible. 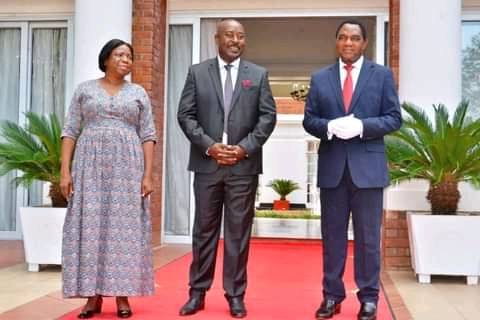