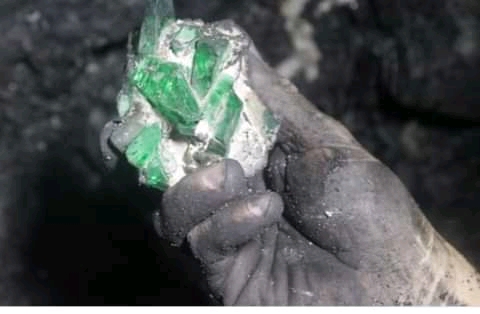 PREACHING a self-reliant message of reaping from natural resources, United Prosperous and Peaceful Zambia (UPPZ) President Charles Chanda is prodding citizens to invest in emerald mining, a mineral he tags as profitable.

In encouraging citizens to invest in emerald exploration and mining. Mr. Chanda regrets that foreign investors continue to reap, while communities in which natural resources are dug, mined remain, poor, if not destitute.

Aside from Luapula, rich in Manganese, through her ten (10) provinces; Central, Copperbelt, Eastern. Lusaka, Muchinga, Northern, North-Western, Southern, and Western, Zambia is endowed with a diverse and vast amount of minerals.

Manganese (Mn), chemical element, one of the silvery white, hard, brittle metals of Group 7 (VIIb) of the periodic table.

Manganese was recognized as an element in 1774 by the Swedish chemist Carl Wilhelm Scheele, while working with the mineral pyrolusite and was isolated the same year by his associate, Johan Gottlieb Gahn.

Although it is rarely used in pure form, manganese is essential to steelmaking.

On the other hand, Synthetic sapphire and ruby were created in 1907, but synthetic emeralds were not created until 1935 when American chemist Carroll Chatham successfully grew his first 1-carat Chatham emerald now on display at the Smithsonian Institute.

“If only Zambians knew that money can work for you if invested in emerald mining, they would not hesitate, delay to joint join ‘Team Citizens in Emerald Mining,” implored Chanda in a Tuesday 8th June 2021 Media Statement. 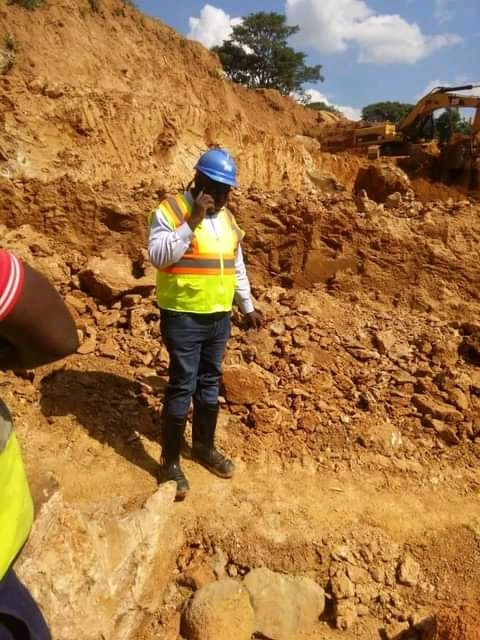 While citizens remain unemployed, with poor incomes and destitute, Chanda is privy to a fact that several West African hustlers have come into Zambia and within a short period of time reaped immeasurable profit.
Lamented Chanda: “A West African came to Zambia as a hustler some decades ago and started dealing in emeralds. Today, this individual owns several Emerald Mines and a bank in Canada. Whilst this is happening, many Zambians are dying in poverty”.
However, as an optimist, Chanda remains prayerful that ‘The Almighty God, through the Lord Jesus Christ, will open eyes of 30 or more serious minded Zambian citizens to invest in a local emerald mine by Tuesday 15th June 2021.
“May the Almighty God, through The Lord Jesus Christ, open your eyes as a Zambia to seize this life time opportunity. I need 30 serious minded citizens that understand investment to team with me in emerald mining. This opportunity expires on Tuesday 15th June, 2021 and our first dividend will be in six months time in December 2021,” pleaded Chanda.

Added Chanda: “Invest in emerald mining and you will not need money to educate your children, build your dream house and drive your dream car. You can convert your assets if you know the true value of emerald”.
The Team Citizens in Emerald Mining investment is in three categories with Option A threshold being US$1,000, Option B threshold hold set at US$ 2,000 and Option C costing US$3,000 and contributors getting a 25 by 50 plot, 25 by 50 plot and a 50 by 50 plot respectively.

Emerald is one of the four recognized precious gemstones, others being ruby, sapphire, and diamond.

Emerald is the birthstone of May and is the traditional gift for the 20th, 35th and 55th wedding anniversary in the United States of America (USA).

Emerald is made from beryl just like the gemstone aquamarine.

Emerald gets its green coloring from trace amounts of chromium and/or vanadium.

The oldest emeralds are about 2.97 billion years old and the first known emeralds were mined in Egypt around 1500 BC.

One of Cleopatra’s favourite stones was emerald, and her passion for the stone was well documented.

Emeralds were discovered in South America in the 16th century by the Spanish and used by the Incas well before this discovery.

The Spanish traded emeralds across Europe and Asia for precious metals, which opened up the emerald trade to the rest of the world.

Emeralds were first discovered in North America in the Yukon Territory in 1997, though large emerald deposits in the United States and further north are very rare. 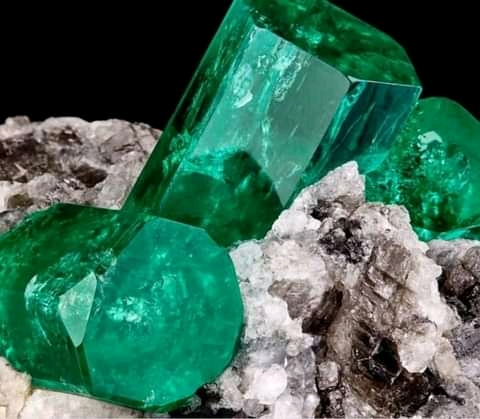