FRATERNAL greetings to the Council of Churches in Zambia (CCZ) ecumenical fraternity and all citizens.

OUR Mandate and Purpose as ably summed by *_Christopher Sugden_* is *_”To declare that Lordship over the whole created order, demonstrate what creation looks like when acknowledging its master, summon all people to acknowledge His Lordship and seek ways of ordering the world that best expresses the present Lordship of Jesus, the King of justice and righteousness, the prince of shalom.”_*

OUR *Prophetic Voice* is motivated by our wish to see a just nation in which citizens are guaranteed the exercise of their God-given rights of expression, association and religion. It is against this background that we have spoken on governance matters and would like to add our voice to the current debate regarding *_constitutional amendment Bill 10._* 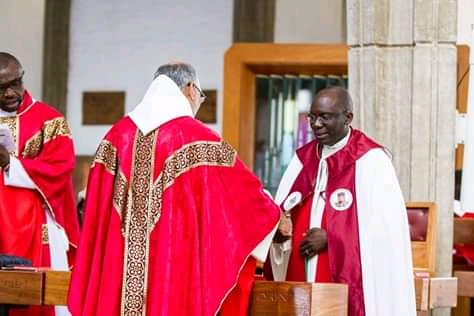 As CCZ, WE ACKNOWLEDGE all efforts that have been made into the constitution amendment process. However, we have noted with concern that despite the well-intended advice that has been given by the nation’s major stakeholders concerning this process, the Government is still preoccupied with enacting _*BILL 10*_ in its original form. To this effect, we would like to warn all stakeholders and the general public not to be abstracted by the recently gazetted and purportedly *_corrected BILL 10_* with input from the *_select parliamentary committee.*_ The truth is that the original amendment BILL 10 with its retrogressive articles is still before Parliament and that is what MPs will be debating about. __BILL 10__ in its current form *_is a poisoned chalice that must be withdrawn.*_ The right thing to do when you have a poisoned chalice is to either pour its contents, clean it up and refill it before people can drink from it. It is a well-known fact that when it comes to voting, the voice of reason is ignored because people want to be politically correct. We, therefore, call on all well-meaning Zambians not to be swayed by the recently circulated BILL 10 because it is still the original bad Bill that is destructive to our democracy.
_*It is our firm belief that if enacted into law the proposed Bill will have a retrogressive impact on our democracy.*_ A good constitution is a constitution that should not be imposed on the people by force and manipulation but rather the people themselves must be involved in the formulation and promulgation of their constitution. A constitution is for the whole nation and NOT just for a few politicians.
Out of the 79 clauses contained in Bill 10, there are some retrogressive clauses that render the amendment Bill defective as they are meant to favour some political stakeholders at the expense of others. The proposed changes to the Constitution as contained in Bill No.10 fall in the sense that they seem to have a narrow perspective, contrary to the expected national perspective.
As CCZ we still stick to our position that it is very important to involve the people in the process of making and or amending their constitution because a constitution should reflect their ideas, values, interests and aspirations. Unless the people embrace the constitution as their own brainchild, they may not respect and safeguard it. For the constitution to command their loyalty, respect, obedience and confidence, the people must identify themselves with it through involvement and a sense of attachment. A good and viable constitution should be generally understood and accepted by the people. The involvement of the people in constitution-making/amendment is, therefore, important in conferring legitimacy and acceptability to the constitution.
Contrary to what is obtaining on the ground currently, good governance with regard to the state must be associated with the management of public affairs in an effective, open and responsible manner, and has the following four basic components:
1. Respect for human rights, constitutionalism and rule of law;
2. Functional multiparty democracy;
3. Transparency and accountability; and
4. Effective participation of the governed.
Leaving out any of the above basic components makes good governance incomplete. hj
Our critical concerns regarding AMENDMENT BILL No. 10 include, but not limited to the following:
Eligibility of the Presidential Candidates
The current constitution provides a provision that when a Presidential candidate files in his or her nomination papers to take part in elections anyone who has concerns regarding the eligibility of any candidate can legally within seven days challenge such a candidate in the courts of law. We sadly note that under BILL 10 this provision has been removed and once enacted into law there will be no room for anyone to challenge the eligibility of Presidential candidates.

*_Coalition Government_*
BILL 10 proposes the removal of the 50 plus one threshold when electing a President, and permits a political party with a simple majority, no matter how slender their winning margin is, to form government with another smaller political party in order to cross the 50 plus one threshold. Our view is that the 50 plus one threshold as contained in the 2016 Constitution is more progressive because it ensures that a President is elected by the majority of the registered voters. In the long run, it restricts an elected President from spending most of his/her term of office establishing their hold on to power. The simple majority system is also a challenge because it does not specify what role the leader of the smaller party will play in the coalition government because we would have already a running mate who automatically becomes the Vice President. 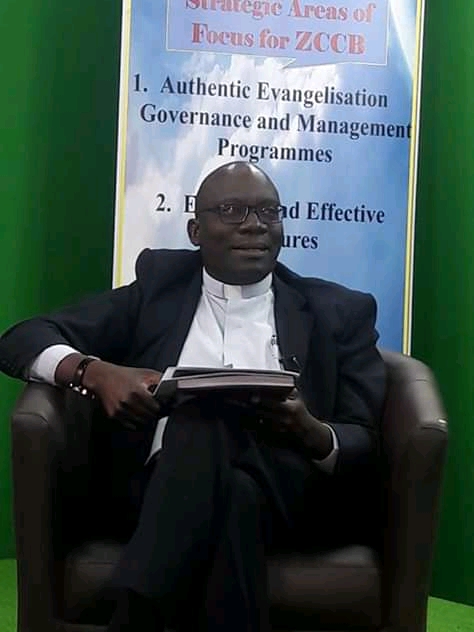 *_Primary elections_*
The current constitution as amended in 2016 provides for political parties to hold primary elections to promote intra party democracy and avoid the sole candidate syndrome. We affirm this as a progressive clause. However, BILL 10 has proposed its removal. It is our firm belief that those who want to participate in Democratic elections must themselves be democratically elected during primary election

*_Stay of Minister’s in office_*
The proposal as contained in Bill 10 that Government Ministers should remain in office after the dissolution of parliament until the date of election is grossly unfair as it will give unfair advantage to MPs serving as Ministers because they will have access to government resources to campaign for their candidature.

_*Deputy Ministers*_
The proposal to reintroduce the office of Deputy Ministers as proposed in amendment BILL 10 is not only retrogressive but will be a huge cost to the national treasury as it will increase consumption at the expense of cost-effective production.

*_Role of the Speaker during an election petition*_
The current constitution states that the Speaker must assume the role of Acting President until the petition challenging the President elect is settled or the next election is held. To the contrary, BILL 10 proposes that the sitting President remains in power during the process thereby making it impossible to have a level playing field.

_*The Plight of Retirees*_
The current constitution provides that once a person is retired they remain on the payroll until all their retirement benefits are fully settled. But the draft Bill 10 proposes the immediate removal of retirees from their payroll thereby throwing them into the cold without any means of survival. It is a well-known fact that the Government is worse when it comes to paying retirees.

*_Debt acquisition_*
The current constitution requires government to get parliamentary approval before contracting debt which facilitates checks and balances on the Executive so that it does not borrow recklessly. However, this will no longer be the case in an event that BILL 10 is enacted into law. Enacting BILL 10 with this provision will be giving a blank cheque to Cabinet to borrow without restraint.

Overall, the amendment Bill 10 has a number of unfair, ambiguous and undefined pieces of legislation which will not serve the interests of majority Zambians and will take our democracy backwards. God’s plan is that all the created world, people, supernatural powers, natural forces and institutions work in agreement with God’s purpose that his sovereignty over all things is acknowledged and his reign of peace and justice is realized.

*_*In view of the above, we reiterate our recommendation that Bill 10 must be totally withdrawn. Our preferred route is that any constitutional refinement must be through a comprehensive and inclusive national dialogue process.
*_*
COUNCIL OF CHURCHES IN ZAMBIA