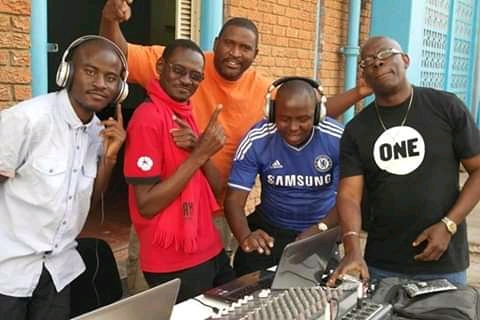 THE UNREAL REALITIES OF JOURNALISM

A young Times of Zambia reporter has made some insulting claims about me and my views about journalism to a close friend. He says I am just an angry and bitter old man who is ignorant about “the real realities” of journalism.

He is right about one thing. I am angry– as in BruceBanner/Incredible Hulk “You-won’t-like-me-when-I-am angry” angry because of the names he has called me and the disrespect he has shown me, but kicking his ass would be a waste of kilojoules and way beneath a man my age and stature. So instead, I will school him in the fundamentals of journalism free of charge, not the kind he gets paid to practice—when he gets paid.

And my first lesson in this act of merciful charity to you, young man is a Bemba proverb. “Apa komaila nondo ninshi pali ubulema.” No worries if you don’t understand what it means.

Lesson No. 2. Journalism exists to inform and educate the public. That makes the people we claim to serve our biggest constituency. For that reason, what they think and say about how we fulfil these functions and meet their information needs, if at all we do, should matter to us.

Without our publics, we might as well be voices in the wilderness, heard only by vultures, desert beetles and the whistling winds. How can we claim to serve the public interest when we do not know who our publics are, when we would rather line our pockets with money from special interests, from political interests?

Yesterday morning, I watched a journalist and a camera crew from a local TV station publicly receiving money from the director of some NGI just before they filmed an interview with him by the swimming pool at Mika Lodge Jesmondine. I have seen things like this happen once too many times to be shocked by it anymore. If these are the “real realities” of journalism, then I’ve been driving in the wrong lane. Or, as we’d say in pidgin, I miss road.

As I was saying, the public has a stake in what we do and we’d do well to listen to what people say about what we do. Yesterday, two representatives of the public, Muchemwa Sichone and Lesley Jumbe posted their displeasure with local news content in comments on a piece I had written on my wall.

Muchemwa wrote: “I sometimes read with great dismay and frustration a story that is published word for word from a police statement for example. All most of these guys do is just add a paragraph to introduce the story and the rest is copy and paste. I mean, if someone commits suicide, there must be a story behind that. It could also be an opportunity to give us some statistical data on mental illness, what to do and who talk to for such things.

“I am still waiting to hear or read a story about how America withdrawing its aid could have affected us. What are they supporting? Where? Why? With how much? Instead the focus was just on Foote and the contents of his money vault. It is so annoying and the reason I do not actively read newspapers anymore.”

Lesley Jumbe responded to him with a comment of her own. “Muchemwa, so on point, no real journalism around. I wish we had someone who could start a page that could dissect a story in anyone of the newspapers then edit it with some more information. Maybe these ‘journalists’ could pick up one or two things,” she wrote.

Now, every time people like them express these kinds of views, I hurt inside because as a consumer of media products, I feel as they do: let down and shortchanged. And that is why I responded to them as I did.

I wrote: “I am a journalist and I can’t bring myself to read newspapers either because they don’t tell me what I want to know and need to know. I am glad you mentioned HIV and AIDS, Muchemwa. Just last week, while I was doing editorial training for reporters at a radio station in Kasama, I used HIV and AIDS treatment as an example of stories that have to do with life and death they need to invest time and effort in.

Based on HIV prevalence rates, based on treatment statistics, we could find out how many people in Zambia are on ARVs or need to be put on ARVs. What is the monthly, annual demand for ARVs at a national and what is the supply? What is the total cost? What is the unit cost of keeping one patient on ARVs for one month, one year? How is this public health burden borne and by whom? How much would it cost five years from now, given the HIV prevalence rate and how many more people are getting infected every year? Who will pick up the tab? Plenty of questions and a lot more I can think of.

The way I see it, the difference between supply and demand of ARVs is a story that should be fairly straightforward with plenty of room for follow-ups, given that this a running story, a perennial story. Not so long ago, the Minister of Health said funding of US$421 million from the American government represented a US$36 million from last year. In the last 16 years, American taxpayers contributed US$4 billion for HIV treatment. Now, that is an insane amount of money by any stretch of the imagination. If that flow of money is curtailed, what happens, given that government has no means to cover the cost of treatment, and China isn’t going to step up and pay up. They don’t play like that.

In my experience, where there is money, there is also larceny. Was it not so long ago that a sizeable quantity of ARVs grew legs and walked out Medical Stores? Where did the drugs end up? Who was busted? Where should the police and the Ministry of Health be looking? Come to think of it, what does the black market in ARVs look like? Etc. Etc. None of this is astrophysics and so I bristle when some of those in my line of work pretend as though this is all very complicated and requires the combined genius of Albert Einstein and Isaac Newton to figure out. I know what is possible…”

To Lesley, who felt that a page in a newspaper where issues are broken down and explained for the benefit of readers, I responded as thus: “…a page wouldn’t cut it. I will tell you why. The combined circulation of all the papers published in Zambia on any given day doesn’t exceed 30,000. In a nation of 17 million or so, that is numerically insignificant. What is needed is for the media in its entirety, particularly radio which is the most accessible and the most far reaching (142 stations at last count, not to mention 47 TV stations and counting) to go back to the basics and do the right thing, the professional thing…”

And it is that “right thing, the professional thing” I was referring to that you don’t seem to understand, so let me educate you with simple examples I hope you can relate to. Even as we speak, government has launched a National Health Insurance Scheme which every one should subscribe to. The Authority to manage the scheme has been set up through an Act of Parliament and there are forms which we are all required to fill in and submit. But has the local media interrogated the Scheme and tried to find out what the intended beneficiaries know about it, what their attitudes and experiences about medical insurance are and why many are uncomfortable with the fact that it is mandatory?

I know of a patient currently admitted at the Cancer Diseases Hospital who needs US$50,000 to cover the cost of bone marrow transplant abroad because the procedure cannot be undertaken here. Question is: would the Scheme cover the cost of evacuation and overseas treatment? What exactly will the money that we contribute towards it entitle us to?

I don’t recall reading a simple straightforward story like this from you or any of your colleagues who, unlike me, are in tune with the “real realities” of journalism, not the crap I keep going on about. Since you know what these realities are, perhaps you’d enlighten the public about why the large majority of Chinese doctors operating all over the city and other major towns in the country are getting their operating licenses, not from the Health Professions Council of Zambia or even Medical Council of Zambia but from Dr. Vongo’s Traditional Health Practitioners Association of Zambia, the same ones that license ng’angas? You could tell us, in the interests of the “real realities” of the profession and the public’s right to know, why the Ministry of Health boss who you cover extensively, has remained silent about the serious public health threat.

One last example of a story that has been begging to be reported for over a decade but doesn’t appear on your radar screen because people of your ilk can’t tell the forest for the trees. It’s like this. In 2009, remittances from Zambians in “The Diaspora” into the local economy through formal channels was US$68 million. How much is it now, 10 years on? Well, that is for me to know and for you to find out.

But what I will tell you for nothing is that after a series of articles I wrote about the economic value of “The Zambian Diaspora”, “The African Diaspora” in “Soul to Soul”, one of the two columns I wrote for The Post for almost 18 years, the then Director of the Policy Monitoring and Research Centre (PMRC), Michel Morel, invited me over to their offices to share information they had been putting together on precisely that subject. She wanted to find out how I could work with PMRC to publicise their research findings and to help them engage journalists to report on these. Before we could work out a game plan, she left PMRC.

Interestingly, the subject she engaged me on all those years ago has been making headlines again, though the coverage in the mainstream media is so laughable you’d think it was a joke.

Not so long ago, the self-styled “President of Lusaka”, Bowman Lusambo said Zambians in “The Diaspora” are only good enough to clean toilets in Europe and America! Meanwhile it was just in April this year that the Vice President, Inonge Wina officially launched the National Diaspora Policy whose object is to engage Zambians living abroad in the socio-economic development of this country.

So much for new school news values and the “real realities” of journalism. 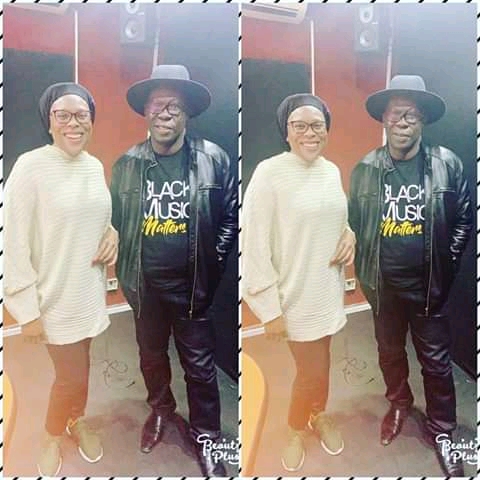